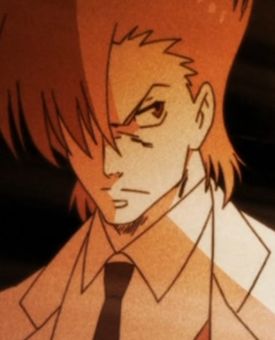 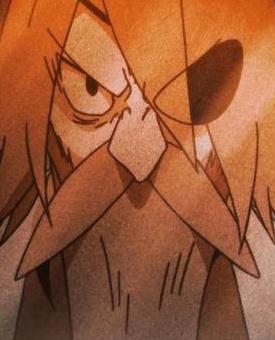 Soichiro Kiryuin is the father of Kill la Kill's main protagonists Ryuko Matoi and Satsuki Kiryūin, along with the former husband of the show's main antagonist Ragyō Kiryūin. Falling in love with her and her passion with the Life Fibers, Soichiro thought that they could make the world a better place with their research. Upon learning of Ragyo's true intentions, he planned to thwart her. This involved him eventually running away with one of their daughters Ryuko and creating the organization "Nudist Beach" to combat her. Eventually, Ragyo sent Nui Harime over to kill him for his betrayal. This murder inspiring Ryuko to go to Honnouji and take her quest to avenge him.

Tier: Unknown on his own. At least 7-A, likely higher with Rending Scissors

Attack Potency: Unknown on his own (Slightly held his own against a non-serious Nui while he himself was holding back a bit, then got outclassed when she fought harder). At least Mountain level, likely higher with his Rending Scissors (Ripped out Nui's eyeball and dealt great pain towards her)

Speed: Unknown (Kept up with a very casual Nui and caught her off guard multiple times. Yet once she took the fight more seriously he couldn't land anything or dodge her attacks)

Lifting Strength: Superhuman (Swung Harime around in the air so fast she appeared as a blur)

Striking Strength: Unknown on his own (Damaged a powered down Nui with a side kick). At least Mountain Class, likely higher with his swords

Stamina: Very high (Kept on fighting without signs of tiring. Still trying to fight back and go on even when stabbed and having a large wound that across his whole torso)

Intelligence: Extraordinary Genius (Worked alongside his wife for decades experimenting with extraterrestrial life. Created sentient life of multiple occasions. Built one of only two weapons in existence that can nullify Life Fibers. Is much smarter than his assistant, Aikuro Mikisugi. Founded the Nudist Beach organization and lead them until his death. Ultimately outsmarted Ragyo and Nui)

Retrieved from "https://vsbattles.fandom.com/wiki/Soichiro_Kiryuin?oldid=5618844"
Community content is available under CC-BY-SA unless otherwise noted.