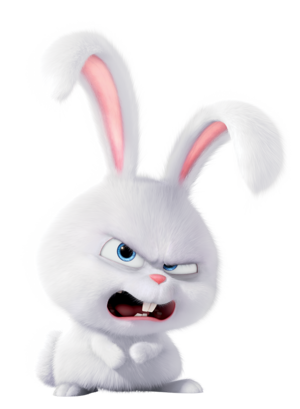 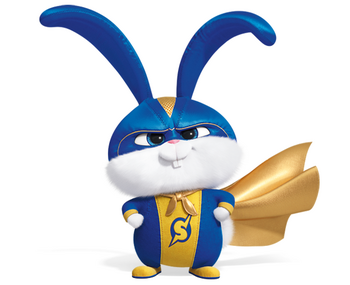 Attack Potency: At least Street level (Can trade blows with other pets who can harm him. Can harm and defeat humans.)

Speed: Superhuman (Is a rabbit and is superior to most pets) with Subsonic combat speed and reactions (Can react to attacks and fight faster than the eye could keep up with)

Durability: At least Street level (Can take attacks from other pets)

Stamina: High (Due to being a rabbit, he should have superhuman stamina. He also fights for extended periods of time)

Standard Equipment: Carrot, anything he crafts.

Intelligence: Above Average (While he is not the brightest, he is very experienced with martial arts and trained with other types of close-quarters combat. Also knows how to craft objects, mainly his carrot into different items, and sneak around.)

Start a Discussion Discussions about Snowball (Secret Life of Pets)