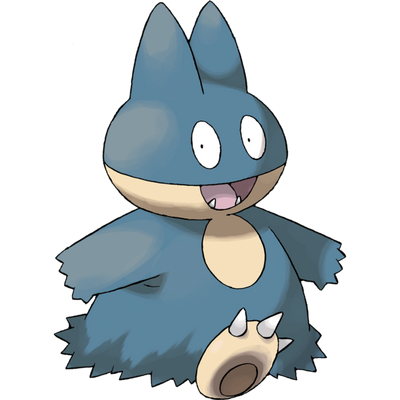 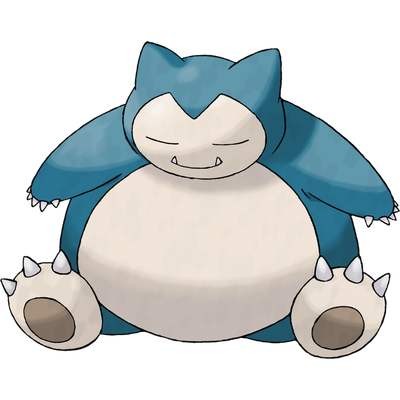 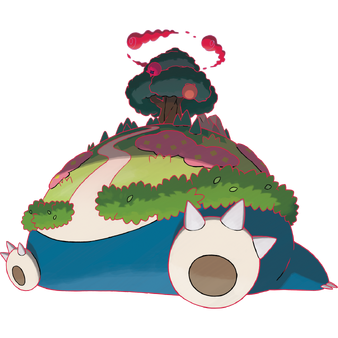 Snorlax is a normal-type Pokémon from the Kanto region, introduced in Generation I. It is fat, likes to laze around, and does nothing but to eat and sleep. However, when it tries... It is also one of few pokemon capable of Gigantamaxing.

Munchlax, unlike Snorlax, is hyperactive and is often found searching food, sometimes even forgetting the one it carries in its fur for later.

Gender: Can be male or female, most are male

Attack Potency: Building level (Capable of harming other Baby Pokémon like Cleffa) | At least Mountain level+ (Should be comparable to fully evolved Pokemon), higher with "Pulverizing Pancake" (A more powerful version of his move "Giga Impact", which is already one of the strongest moves in the series) | Large Mountain level (Stronger than Pure/Huge Power Pokémon and Marowak holding a Thick Club)

Speed: Transonic | Unknown (Moves as little as possible normally, but is capable of blitzing when fully standing on two legs) with Relativistic combat speed and reactions (React to Poliwrath's attacks)

Lifting Strength: Superhuman | Class 100 (Comparable to Charizard) | At least Class G (Compares to Gigantamax Sandaconda), likely Class T (Is described as being the size of a mountain)

Stamina: High, it can eat 900 pounds of food a day before falling asleep

Intelligence: High (Pokémon are naturally hardwired for battle) | Is naturally built for battle like all Pokémon, but is likely too lazy to use that hardwired instinct

Weaknesses: Fighting-type attacks, Very lazy | Gigantamax can only be used in areas with Dynamax energy (i.e. dens and stadiums), Destroying the forcefield damages the pokemon, Is even lazier

For a list of all moves Snorlax can learn naturally, see here.