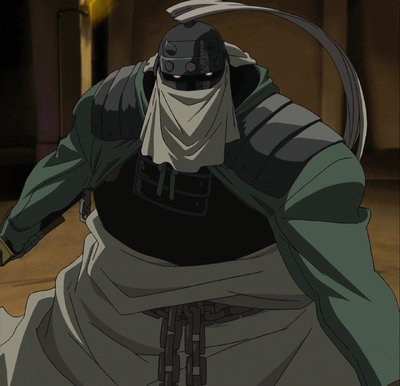 The Slicer Brothers are a pair of serial killers who become one of the guardians of Laboratory 5 under the joint alias of Number 48.

Classification: The souls of two brothers bonded to a suit of armor (Helmet & body)

Attack Potency: Building level (Superior to Barry and was able to injure Edward)

Durability: Building level (Can take attacks from Edward without any damage)

Weaknesses: If their Blood Rune's are damaged, their souls will fade away from the armor.

Retrieved from "https://vsbattles.fandom.com/wiki/Slicer_Brothers?oldid=6156594"
Community content is available under CC-BY-SA unless otherwise noted.