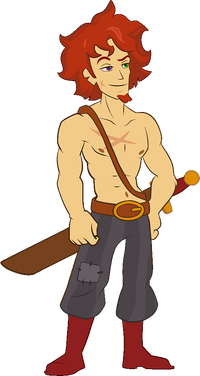 Speed: Likely Peak Human travel speed, at least Superhuman otherwise (Should be faster than Markos who can attack this quickly, dodges attacks from revenant who can dodge the party's attacks)

Intelligence: Below average, once lost an argument with a rock

Retrieved from "https://vsbattles.fandom.com/wiki/Slakmonitus_Azimontar?oldid=4344327"
Community content is available under CC-BY-SA unless otherwise noted.