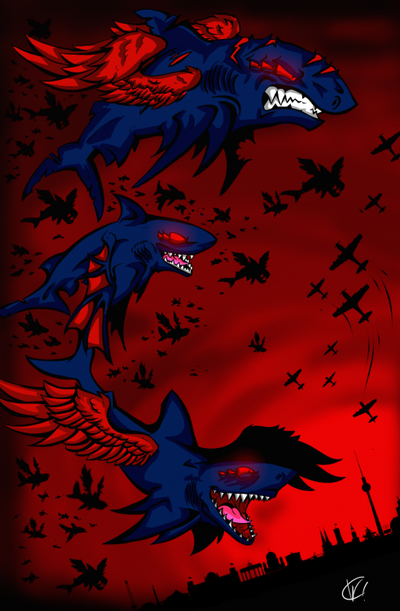 Attack Potency: Building level (Can casually bite cars in half, Too powerful for the Robots to fight, forcing them to flee)

Speed: Supersonic+ (Moved too fast for the Robots to be able to hit, Can dodge mortar fire)

Stamina: High (The Sky Sharks quickly overran most of the Earth in an extremely short period of time)