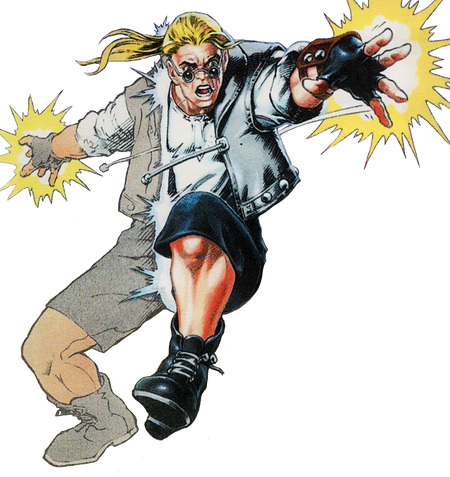 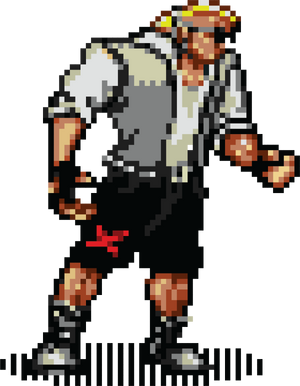 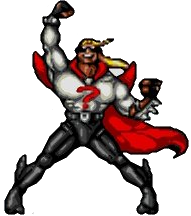 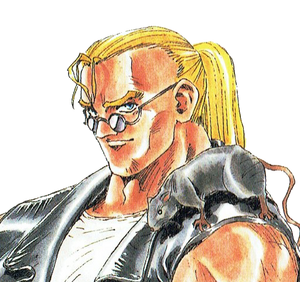 Sketch Turner is a "starving artist" and freelance rock musician, who is working on his newest comic book, named the "Comix Zone." Comix Zone is the story of the New World Empire's attempt to defend Earth from an invasion of alien renegades and a mutant uprising, with inspiration coming from Sketch's dreams and nightmares.

Powers and Abilities: Superhuman Physical Characteristics, Martial Arts, Summoning and Minor Electricity Manipulation (Via his pet rat Roadkill), Weapons Expert, Weapon Creation (Via Paper Airplane), Explosion Manipulation (Via explosive weapons and paper airplanes), Minor Reality Warping (Can rip through the borders of the comic as a character in it, can tear the real paper from the current page and turn it into a weapon inside the comic reality), Immersion, Healing (Via Health Items) and Transformation (Via Power Fist which allows Sketch to turn into his hero form) | Same as before with likely Flight and Invulnerability, Earth Manipulation (Can create a massive earthquake)

Attack Potency: Wall level physically (Can bust through solid metal doors and traps with his punches), up to Building level with Paper Airplanes (Can instantly kill a dragon whose body runs throughout a large building complex) | Unknown, at most City Block level (Can create earthquakes with his punches that can instantly kill large groups of enemies and some bosses, reveal hidden items, and destroy all objects like metal doors, large boulders and large crates in line of sight)

Speed: At least Peak Human (Attacks faster than most enemies) | Unknown, likely Superhuman (Faster than before)

Lifting Strength: At least Peak Human (Can move crates and boulders as large as him) | Unknown, should be stronger than before

Durability: Wall level (Can take hits from physically stronger enemies) | Unknown, at most City Block level (Takes no damage from his earthquake)

Standard Equipment: Hand Grenades that function similar to boomerangs, Throwing Knives, Dynamite Clusters, Iced Tea that restores most damage Sketch has received and a Power Fist, which allows Sketch to use his Hero Form

Intelligence: Above Average (Can solve complex puzzles and can outsmart villains he didn't create)

Weaknesses: None notable | Can only use this form if he uses a Power Fist item 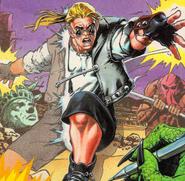 Detective Pikachu (Pokémon) Pikachu's Profile (Both were 9-B, and speed was equalized)