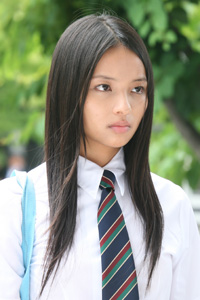 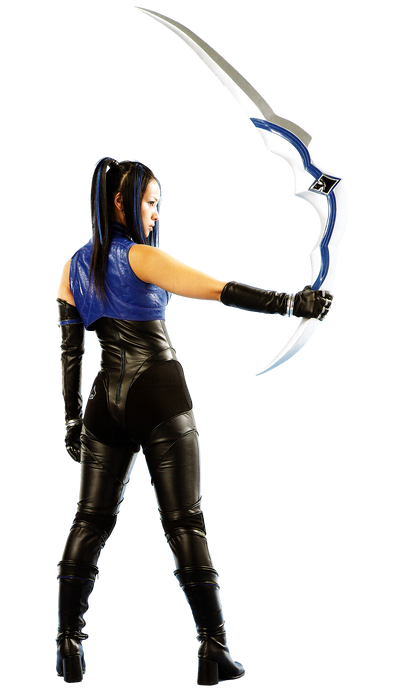 Miki Saotome (早乙女 ミキ, Saotome Miki) is one of the main characters of Cutie Honey: The Live as well as one of the original characters (albeit with some minor influence from previous works). She serves as a rival character to Honey Kisaragi while providing some distant assistance as Sister Miki.

Powers and Abilities: Peak Human, High hand-to-hand combat skills, Elemental Manipulation (using the air molecules in the atmosphere), Matter Transmutation (involuntarily creates objects out of thin air, by her flawed system), Shapeshifting (Able to take any form, limited only by human-like proportion, including Disguise Mastery, Clothing Generation, and can alter age in some rare cases), Telepathy, Genius level intellect, Sport Mastery, Light Generation (Honey Flash gives out a strong light that can temporarily blind others, and even completely vaporize weak opponents), Transformation | Weapon Mastery, Teleportation, explosives and smoke (as Ninja Miki) | Same as before, Superhuman Physical Characteristics, Skilled with Boomerang Bleu (which is a mixture of a kukri and a boomerang), Energy Manipulation, Disintegration (via contact), Weapon Summoning, Regeneration (Mid-Low), Absorption, Resistance to Absorption, Disintegration and Transmutation, Durability Negation (via Honey Flash)

Intelligence: Extremely high, excelled at all her subjects, can memorise a book in an instant and likely possesses nearly all raw information

Weaknesses: Her Honey System was only a prototype and came with a few notable flaws. For one thing, if used for too long Miki becomes much more aggressive, attacking anyone in range and her weapons begins to rust and become brittle. Her transformations are also flawed as it causes loose material to be drawn into her body when she "flashes" and is painfully pulled out her over time. As time continues more and more foreign matter would build up in Miki's body until she gives out.

The Airborne Element Fixing Device's main function is to manipulate existing matter and change it into new forms. Honey commonly uses the air molecules in the atmosphere to fuse them together to create something simple like a rapier or as complex as a motorcycle. The device can also change Honey's appearance to any form she wants, whether it is her clothing, hair or eye color, skin, body size and physique, and in some rare cases, age.

Retrieved from "https://vsbattles.fandom.com/wiki/Sister_Miki?oldid=4124919"
Community content is available under CC-BY-SA unless otherwise noted.