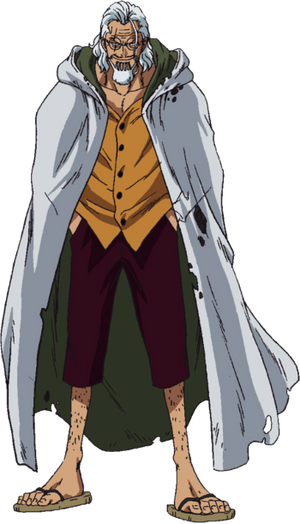 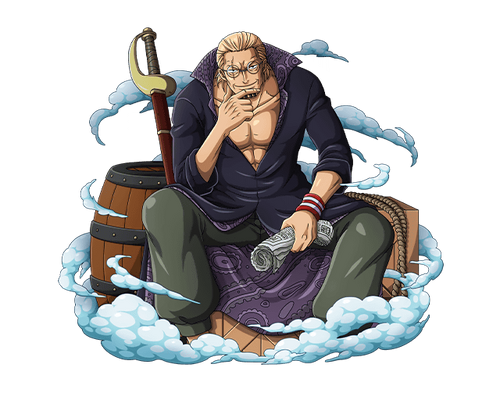 Silvers Rayleigh, also known as the "Dark King", is the former first mate of the Roger Pirates, known as the "Right Hand of the Pirate King". During his time as a pirate, he acted as a supervisor of the crew, having a disciplinary role to Shanks and Buggy, especially when they argued. Having long since retired from piracy after Roger disbanded his crew, he hid in the Sabaody Archipelago and became infamous for coating ships, gambling, drinking, and partying with women. He served as Luffy's mentor in the use of Haki during the two year timeskip. He is married to his business partner of twenty years Shakuyaku, and is good friends with Hatchan, who saved his life when he was a kid.

Attack Potency: At least Large Mountain Level+ (Fought Kizaru on roughly even grounds, and was second only to Gol D. Roger, who rivaled Whitebeard at his prime), can negate durability with Goken

Stamina: Very high (Swiftly swam to Amazon Lily from another ocean [i.e. thousands of kilometers] while killing the Sea Kings he encountered, his advanced age has lowered his stamina reserves however, which becomes evident when he actually needs to put some effort into things [Such as when he got tired in his fight against Kizaru]) 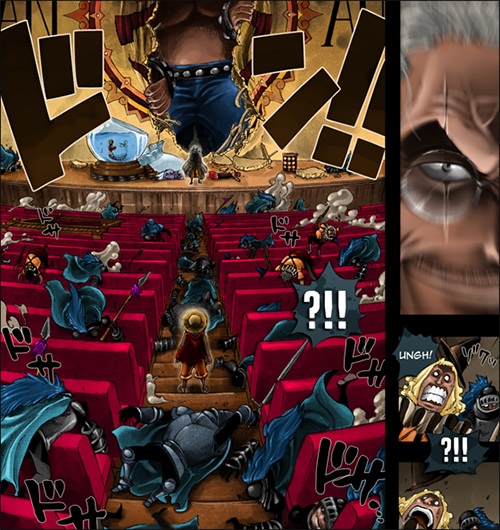 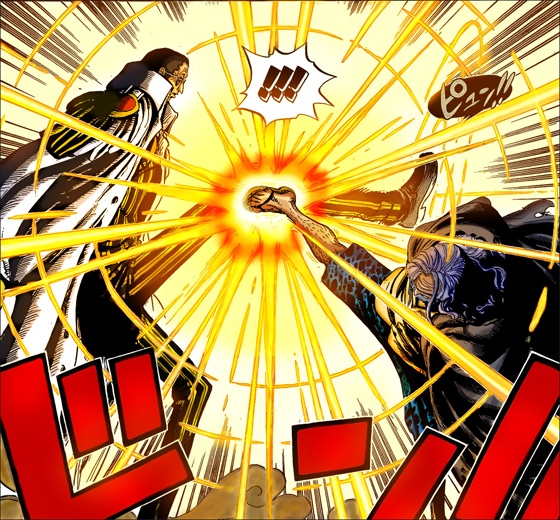