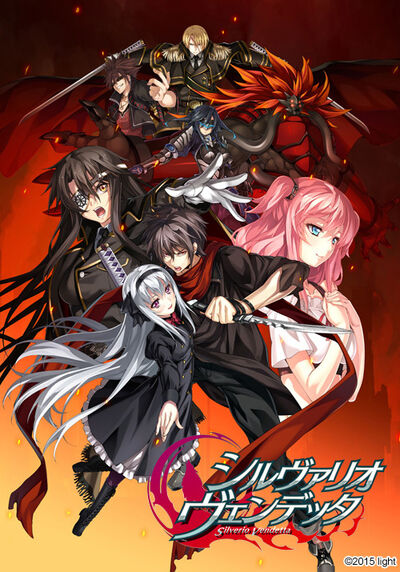 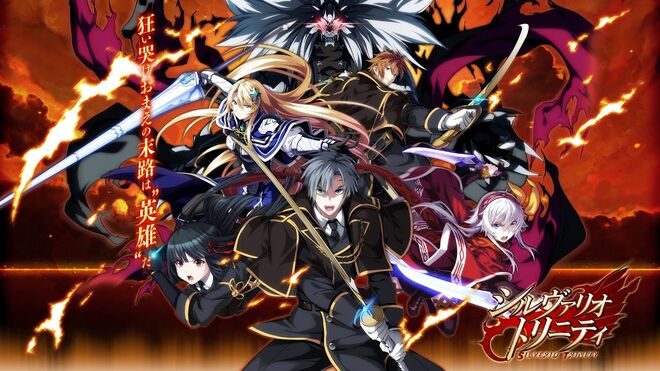 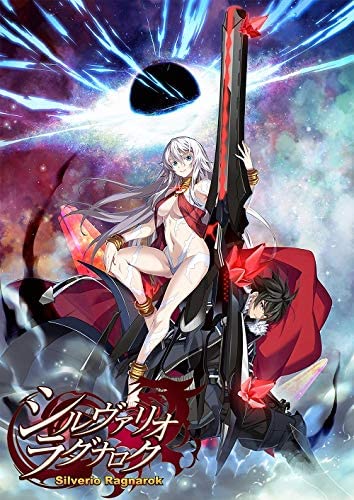 Silverio is a series of Visual Novels created and written by Takahama Ryou, and is published by the same company that has published the Masadaverse that is created and done by Masada Takashi, whom Takahama himself have worked with on his staff since Dies Irae. Silverio has a total of two games currently released: Silverio Vendetta and Silverio Trinity, with an expansion to the first one called Silverio Vendetta: Verse of Orpheus.

In the near future, fossil fuel deposits have dried up and nations scramble to secure the few resources which remained. It was at this time that Japan successfully discovered the previously unknown “Astral” particle, which would solve all of the world’s energy problems. However, the other nations would not recognize Japan’s superiority and set out to take the new technology by force, sparking the Fifth World War.

The entire world descended into a fierce war, but no one realized what was the greatest danger to humankind. The malfunctioning of the new Astral nuclear power reactors caused a seismic space-time earthquake which wiped out Japan and most of eastern Eurasia. With the birth of the second sun, Amaterasu, came a drastic change in the world situation. It was impossible to maintain the current culture with a lack of electronic circuits, so the war ended without any victor, but only a deep scar.

It took a thousand years before humankind recovered from this catastrophe. Then another unprecedented calamity came to the capital of the military nation of Adler in former Western Europe. Blood and screams filled the burning streets as the city descended into bottomless despair. Two strange beings appeared to challenge the hero and test the fate of mankind.

Zephyr did not believe this fierce heroic battle suited him and decided to run away instead. He did not care about winning the battle; he just wished to live a normal life. For the only girl whom he had saved, he promised to turn his back on everything. This is not a story about heroes; it is a tale about those who have lost.

Situated on the eastern border of the military nation of Adler is the historic city of Praga. It remains a powderkeg despite the official ceasefire between the three nations fighting over the territory and its resources, each of whom was completely different militarily, economically and religiously. There is a constant hidden power struggle which threatens the temporary balance and peace.

To break the tense and stagnant situation, the leader of Adler’s “Virgo” corps, Gilbert Harves, assembled all the "Esperanto" (Astral users) to create an experimental platoon. Among those chosen was Ashley Horizon, who had once been saved by the hero Christopher Valzelide and who will now be tasked with saving others.

"Silverio Ragnarok" is the third and final installment of the "Silverio Saga" series. The fierce battles between cool superhumans and beautiful battles between fascinating characters have captured the hearts of many fans to date. This is a story of fate, demise, and hope as the "Godslayer Ragna" and her partner "Hikari" fight to the death to overthrow the gods who rule the people with their overwhelming power.

Overall, the Silverio verse is a formidable verse of it’s own.

In terms of physical power and speed, most are about sub-par, being of mostly Building level with Supersonic speeds. There are then some who are even higher, such as one who can summon country busting level lightning with speeds comparable to real-life ones, and one who can overpower and even react to them in turn. The verse reaches even higher in power and speed with Kagutsuchi and Zephyr after he has become an Artificial Planet, both reaching as high as Multi-Solar System level and FTL speeds. The verse’s overall power even hits higher with the recent addition of Silverio Trinity, where the God Tiers have reached a higher level of existence superior to that of the third dimension and attain immeasurable speeds as a result.

What makes the verse stand out most is its variety of hax capabilities. Through the manipulation of Higher Dimensional energy particles known as Astral Particles, characters who can harness them (known as Esperantos) are able to affect the physical laws of the universe, on a localized area, in many ways. One could, for example, create an area of absolute zero around them from hundreds of meters away. Another can create a miasma cloud that can destroy anything physical in nature down at a molecular level. A third can control the weather to create any phenomenons such as tornados and thunderstorms. And yet another can generate radiation off of them and shoot energy beams that can travel at lightspeed. And much more.