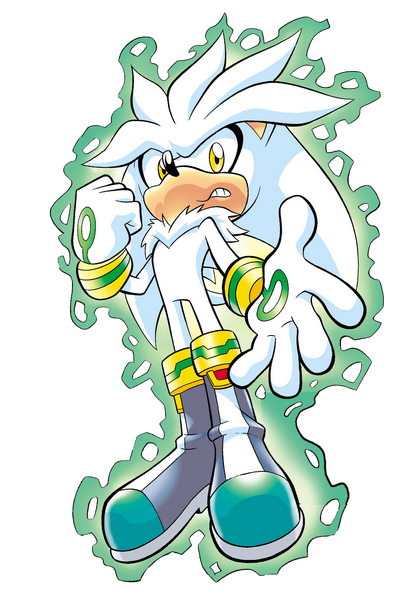 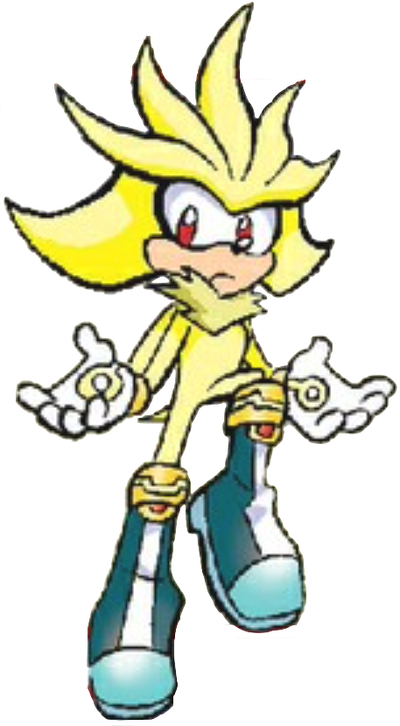 Silver the Hedgehog is a protagonist and a hedgehog gifted with psychic abilities from a post-apocalyptic alternate future. Silver was driven by a mission to learn the identity of a supposed traitor that ruined the future amongst the Knothole Freedom Fighters, and travelled to the past to find this person and save both that period and his own. Silver journeyed into the past of Mobius Prime as well as other worlds including Light Mobius and Dark Mobius and after numerous failures to fix the future, he was stranded in 3237 where he joined the Director Harvey Who's Secret Freedom Fighters under the call sign "Agent Ace" in exchange for help in his research.

Attack Potency: Universe level+ (Fought with and overpowered Sonic) | Multiverse level+ (Comparable to Super Sonic and Super Shadow as they were able to defeat Solaris)

Speed: Massively FTL+ (Kept up with Sonic) | Immeasurable (Far faster than before. Capable of fighting Solaris, who can move into different time periods by movement alone)

Weaknesses: His psychic abilities have limits. He is extremely gullible and naive, and will readily believe anything he is told. Often jumps to conclusions.