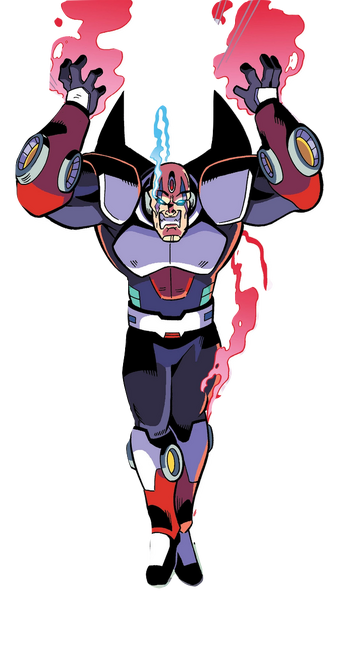 Sigma is the main antagonist of the Worlds Unite crossover published by Archie Comics. Sigma was once the heroic leader of the Maverick Hunters designed to halt rampaging Maverick Reploids who had turned against humanity due to a virus. His efforts led him to a battle with Zero, where both of them got exposed to the virus. Sigma was eventually corrupted by the virus, and began to see humanity as oppressors who held the Reploids back from their full potential. This led him to rebel against humanity and become the leader of the Mavericks, sparking a war between himself and heroic Reploids such as the reformed Zero and Mega Man X.

Intelligence: Very Intelligent as he was able to make a plan that would affect infinite worlds and can build armor that if whoever he puts it on can have their will and body taken over

Weaknesses: Sigma is prone to high levels of overconfidence.

Note: Worlds Unite Sigma is only exclusive to Worlds Unite as the crossover was retconned to the point where it never happened and as such never existed.

Archie Sigma prior the Worlds Unite. 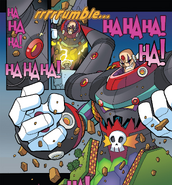