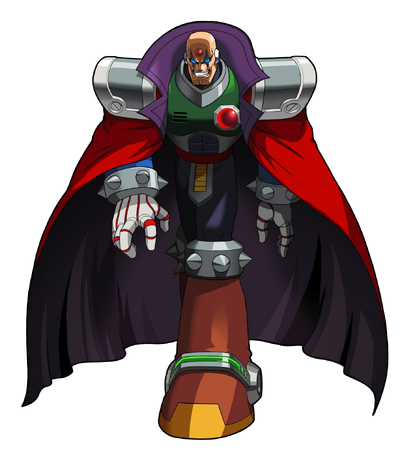 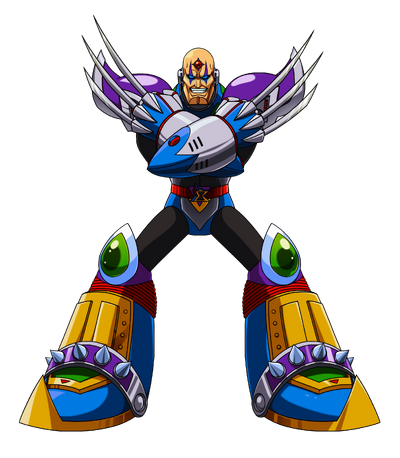 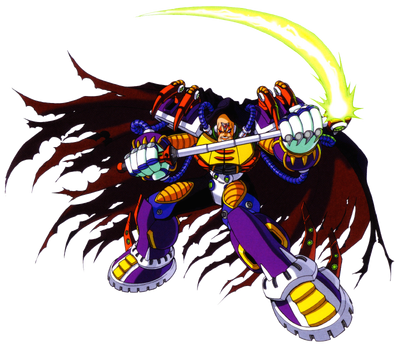 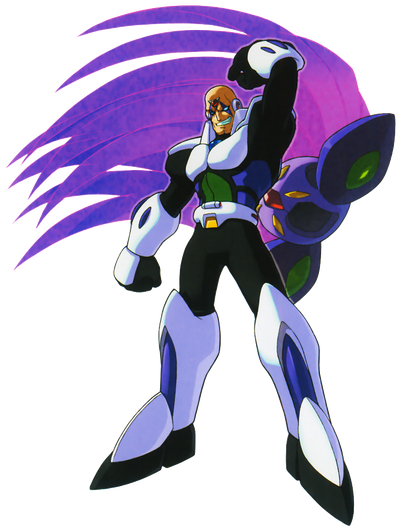 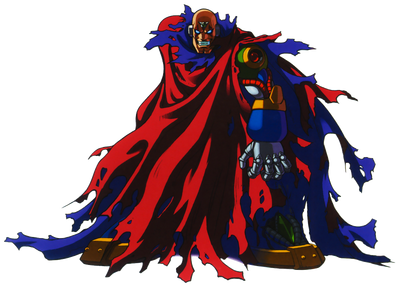 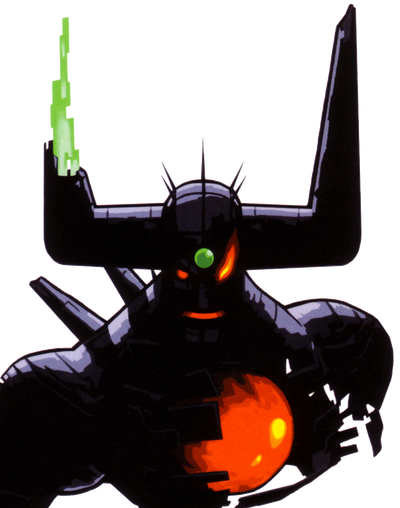 Once hailed as the greatest Reploid, Sigma is the primary antagonist for much of the Mega Man X series. Once the brilliant and fatherly commander of the Maverick Hunters, his mind was the first to be twisted by the Maverick Virus created by Dr. Wily, starting the rebellion that turned the world upside down and started the Maverick Wars. Although he is defeated time and again by X and Zero (And later Axl), he has become so intimately connected to the Maverick Virus that he would not fade for as long as the Virus existed. Although Lumine claimed he was put down for good by the end of Mega Man X8, his essence and the Virus itself lived on until 22XX, where X used the power of the Mother Elf to eradicate the Maverick Virus and Sigma for good.

Age: Dozens of years old (Last defeated at the latter end of 21XX)

Attack Potency: Solar System level (Consistently shown to be physically superior to X and Zero at every turn until X8, where his copies are fodderized by the S-Class Hunters, though Sigma himself remains on par with them, and is still superior to Axl, as he gains the upper hand if Axl faces him, and even facing them 3 against 1, still held his own for a period of time)

Speed: At least Massively FTL+ combat speed (On par with Zero and X even after their upgrades, consistently faster than the heroes in boss fights) and travel speed via teleporters

Striking Strength: Solar System Class (Stronger than X and Zero up to X8, where they fodderized Sigma's copies and were individually on par with him)

Durability: Solar System level (Stronger than X and Zero up to X8)

Stamina: Limitless, as a robot he does not fatigue, but he can be slowed down by continuous damage.

Range: Extended melee range with swords, claws, and scythes. Tens of meters normally in some forms. Planetary with projectiles and in Colossus Form.

Standard Equipment: Varies with form. He initially used a beam saber potent enough to block X's attacks and Velguarder, a robot dog powerful enough to challenge X for a brief period. The Maverick Virus, a computer virus first developed by Dr. Wily that twisted Sigma's mind and eventually fused with his soul. It eventually escalated to the point that it could even affect the minds of humans rather than being exclusive to Reploids and Mechaniloids.

Intelligence: Genius. A brilliant tactician and leader who nearly succeeded in his battle against the Maverick Hunters on numerous occasions. He was hailed as the greatest Reploid before his fall due to his keen mind and was the leader of the Maverick Hunters. However, his continual destruction took a toll on his psyche and he becomes increasingly insane and unstable (Best exemplified by his slurred speech in his sixth body)

Weaknesses: Sigma loves to monologue and does do deliberately. He is more interested in unlocking and observing X's full potential as the Father of Reploids and its future than actually winning at times, possibly wishing to replicate it for himself or other Reploids. He becomes increasingly insane and unstable as time goes by, Intangibility can be bypassed by weapons tuned to his virus matrix (Which is constantly mutating and changing, making this difficult to exploit) 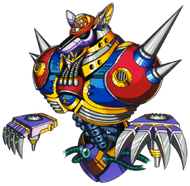 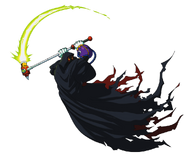 Sigma Copy.
Add a photo to this gallery