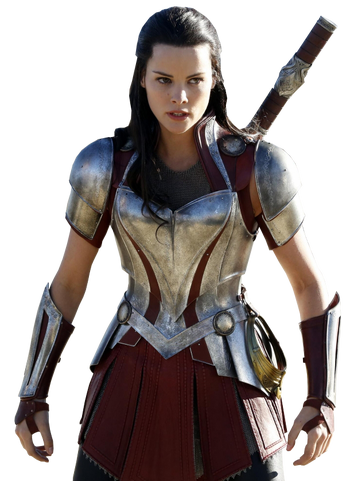 Lady Sif is a feared Asgardian warrior and a good friend of the Thor and the Warriors Three. When Thor almost provoked a war with the Frost Giants and ended up powerless on Earth, Sif and her friends disobeyed the orders of their new king Loki and went to Earth to save their friend. Thanks to them, Thor returned to Asgard and Loki's reign of terror ended.

Later, along with her friends, Sif bravely fought against the Marauders, an intergalactic ragtag band of pirates who pillaged the unprotected realms of the universe. After the Second Dark Elf Conflict, she was sent to Earth and successfully captured one of Asgard's most dangerous renegades, Lorelei. A year later, Sif returned to Earth again, this time to investigate the arrival of the Kree warrior Vin-Tak who was hunting down the Inhumans.

Tier: At least 8-A, likely higher. Higher with weaponry

Age: In her 1000s at the time of her death and resurrection

Lifting Strength: At least Class 100 (Comparable to Loki. Can push an RV with a kick without too much trouble)

Durability: At least Multi-City Block level, likely higher (Took punches from Frost Giants, and survived an encounter with The Destroyer)

Range: Extended melee range with her sword and shield

Intelligence: She is a skilled fighter with many years of fighting experience