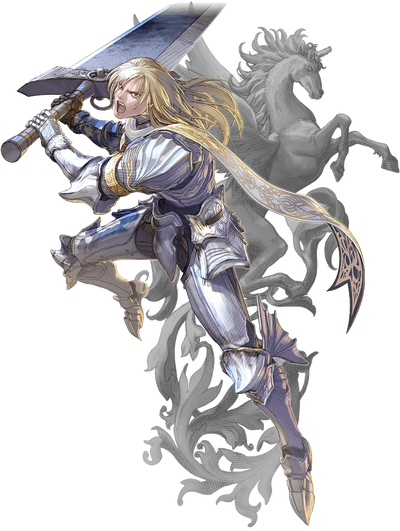 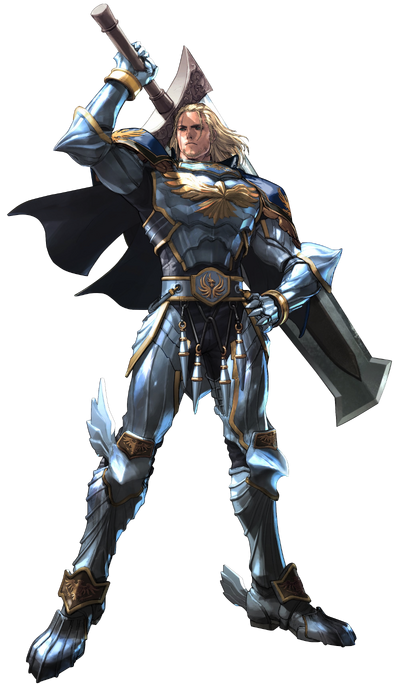 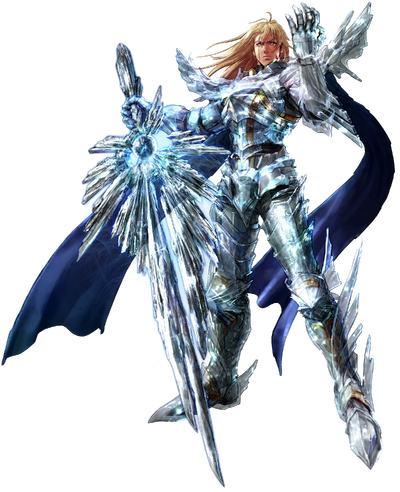 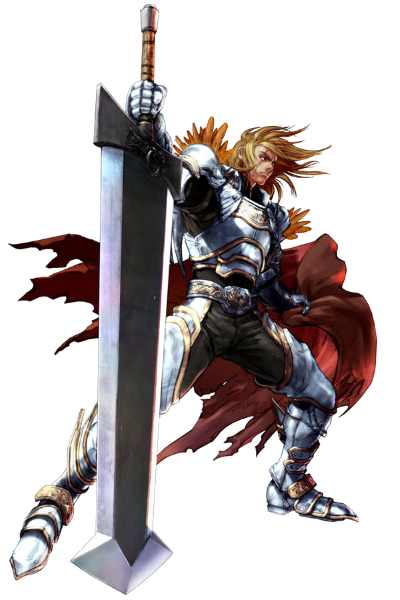 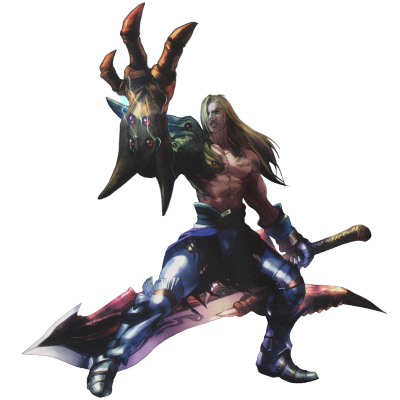 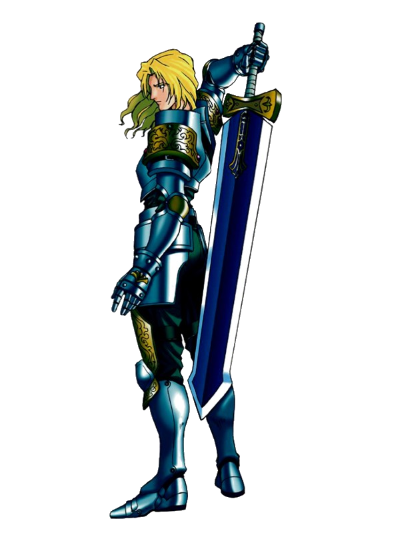 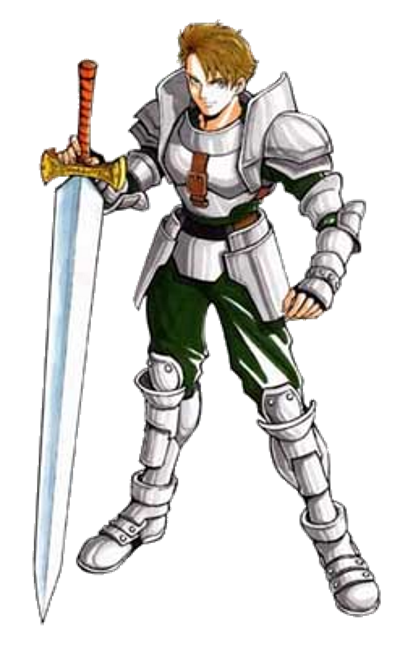 Siegfried had played host to Soul Calibur and, ultimately, destroyed Soul Edge. After that epic battle, the knight returned home and enjoyed a brief period of peace. But deep down he knew his work was not over; the cursed sword's minions—the malfested—remained a serious threat. Realizing he couldn't stop them alone, Siegfried gathered his staunchest allies from his old clan known as Schwarzwind, he reformed the clan of thieves into a clan of mercenaries.

One day, after more than a decade of service protecting humanity from the malfested, Siegfried discovered that Soul Calibur had transformed into a new one-handed sword—a clear harbinger of Soul Edge's return. A new champion to wield Soul Calibur would need to be found; Siegfried assigned the task to Z.W.E.I., a wandering swordsman who had joined his mercenary group.

What lies in his soul is Redemption.

Name: Siegfried Schtauffen, "Innocent Darkside", "He who Fights the Past", "A Soul in the Purgatory"

All previous abilities, Soul Manipulation (Can rob the souls of entire armies at once. Deals Soul Damage with each of attacks, stealing the soul of his opponent slowly during combat), Fire Manipulation, Hellfire Manipulation, Mind Manipulation (Can manipulate the minds of others in order to coerce them into taking Soul Edge. If there is a malfested target, Soul Edge feeds off of their sinful actions of bloodlust and gains the ability to control them), Weapon Mastery, Electricity Manipulation, Creation (Created a mimic of Soul Edge as well as Astral Chaos), Dark Magic, Regeneration (Low), Immortality (Types 1 and 6), Teleportation, Dimensional BFR (Can send others to Astral Chaos. All Souls taken by Soul Edge are sent to Astral Chaos. Astral Chaos warps and corrupts all who enter, mind, body and soul, eventually driving them mad and turning them into a form of Malfested), Duplication, Light Manipulation, Possession, Reality Warping, Spatial Manipulation (Can cut through dimensions), Necromancy, Madness Manipulation (Type 2. Simply being in contact with its power is enough to drive one into madness. Can corrupt entire areas making it so that anyone who enters the area will be driven mad), Illusion Creation, Curse Manipulation, Corruption (Can turn those who come into contact with it into mindless Monsters, Vampires, Malfested, etc. Even sustaining injuries from him or any wielder of Soul Edge is enough to drive one insane as shown with Raphael whose body became corrupted by his wounds. Coming into contact with a malfested's blood can in fact infect another as shown when Amy became malfested by treating Raphael's wounds), Resistance to Sealing.

All previous abilities minus Soul Edge abilities, Ice Manipulation, Self-Resurrection (Despite being killed in his battle with Nightmare, Soul Calibur sensed his willpower and revived him from the dead) with Soul Calibur, Sealing, Holy Manipulation, Teleportation, Dimensional Travel, Purification, Resistance to Mind Manipulation, Madness Manipulation (Managed to break free and resist Soul Edge's control) and Soul Manipulation (Can fight Nightmare and not have his soul stolen by Soul Edge).

All previous abilities minus Soul Calibur and Soul Edge abilities, Ice Manipulation (Despite not having Soul Edge, he can still create ice crystals as attacks)

Attack Potency: Mountain level (Has fought Nightmare on equal grounds multiple times) | Mountain level (Siegfried with the True Soulcalibur is not only equal to Nightmare, but also managed to defeat him) | At least Small City level, likely Small Country level (Defeated both Nightmare and Inferno by himself)

Stamina: Very high, can fight for a long time against Nightmare.

Intelligence: Above Average (Is a skilled fighter and leads the Schwarzwind)