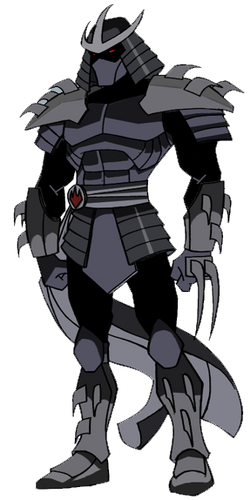 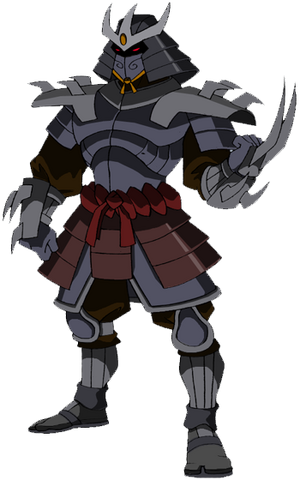 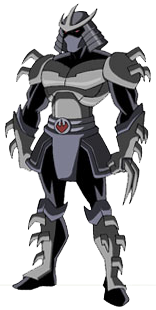 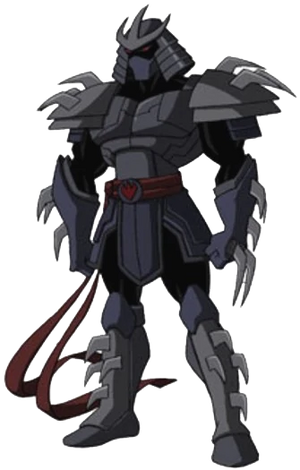 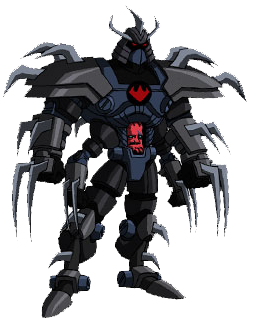 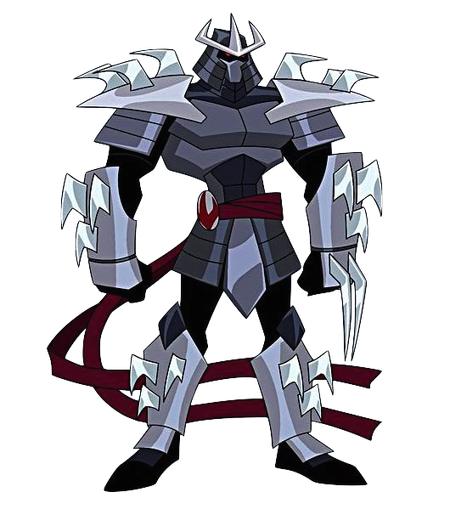 Ch’rell (also known as Torrinon, Kako Naso, Duke Acureds, Oroku Saki, and the Shredder) is the central antagonist of the 2003 TV series) and the most recurring villain.

He was the main Shredder; having the most history with the Turtles and Splinter. He is called the Utrom Shredder as he is not truly human, but an Utrom named Ch'rell who uses an Utrom exo-suit (a humanoid vessel). He is a notorious intergalactic war criminal, who has adopted numerous aliases. He is the only known blood-red Utrom (as opposed to the species' normal pink appearance), has a purple scar over his left eye and three horn like protrusions on each side and the center of his head.

Classification: Utrom in Cyborg Body, Leader of the Foot Clan

Attack Potency: Small Town level (Far stronger than Leonardo and Michelangelo and has been able to wound both of them), Universe level+ with preparations, Multiverse level+ via chain reaction (Was going to destroy Turtle Prime, which would end up destroying the multiverse in the process, which has been described as infinite multiple times)

Speed: Supersonic+ with Hypersonic+ reactions (Can keep up with all 4 turtles at once)

Lifting Strength: Class 10 (Physically stronger than any of the ninja turtles)

Stamina: High, can fight even while heavily injured

Standard Equipment: Swords, The Claw blades located on his gloves

Weaknesses: Can lose his calm sometimes