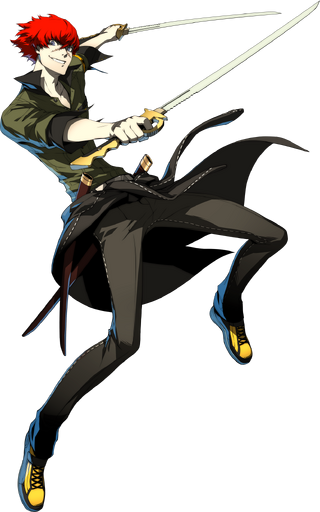 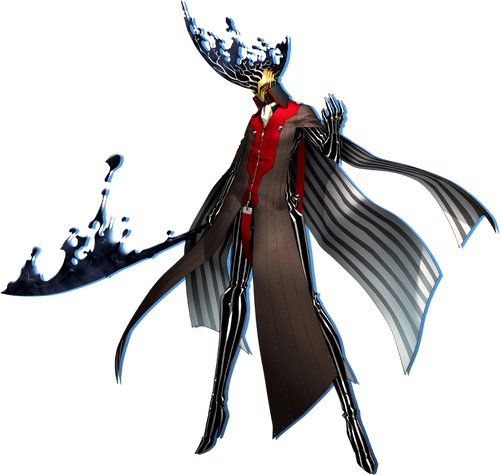 Sho Minazuki is the main antagonist of Persona 4 Arena Ultimax.

Sho Minazuki is an orphan who was once one of Shuji Ikutsuki's test subjects. Due to his unusually aggressive tendencies and tremendous fighting potential, Ikutsuki regarded Sho as his favorite test subject. As part of the experiment, Ikutsuki isolated Sho from the world to prevent him from forming ordinary bonds and ensure that he would become the ideal soldier, relying on on combat alone to connect to others.

In an attempt to induce a Persona in Sho using a Plume of Dusk, a second soul was born within Sho, referred to as "Minazuki." Ikutsuki took an interest in Minazuki, who developed a Persona independently of Sho, but found him to be a highly uncooperative subject. After Minazuki attempted to kill Ikutsuki for his abuse and manipulation of Sho, a second experiment was attempted to "erase" Minazuki while leaving his Persona behind. It ended in failure, however, and left Sho into a vegetative state. Sho awakened several years after Ikutsuki's death, and interpreted Ikutsuki's actions as him simply having thrown him away when he was no longer useful.

Attack Potency: Universe level+ (Can fight on-par with Yu Narukami, Labrys, and others)

Durability: Universe level+ (Can take hits from the Persona 3 & 4 cast)

Weaknesses: Extremely bratty and hateful, doesn't have a Persona as Sho