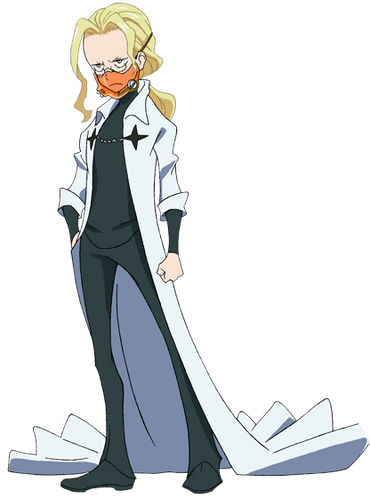 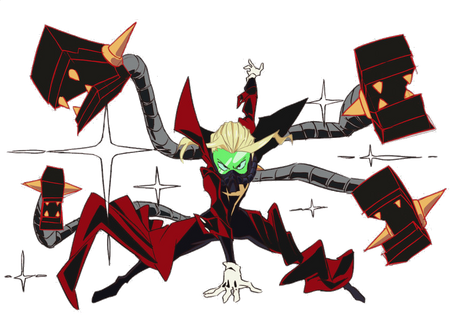 Shiro Iori is the captain of Honnoji Academy's Sewing Club and is responsible for making most of the Goku Uniforms for the school. He is the only student that isn't a member of the Elite Four to have a 3-Star Uniform. Also unlike his similarly ranked peers, Shiro is not interested at all in combat. And would much rather help the group out from behind the scenes. He is also the nephew of Satsuki's butler and caretaker Mitsuzo Soroi.

Tier: Unknown, At least Low 7-C, likely at least 7-A or higher

Attack Potency: Unknown. At least Small Town level (Despite not engaging in combat, being a 3-Star should grant him power much greater than Mako's), likely at least Mountain level or higher (It's rather unlikely that he would make his own uniform vastly weaker than the Elite Four's)

Speed: Massively Hypersonic+ (Faster than Mako and likely comparable to the Elite Four)

Intelligence: Genius (Able to casually work with highly advanced alien technology and mass produce hundreds of products in very short timeframes. Considered to be a somewhat equal by Hoka)

Weaknesses: Likely has little to no combat experience.