VS Battles Wiki
Register
Don't have an account?
Sign In
Advertisement
in: Verses, Visual Novel Verses, Paradise Lost,
and 3 more 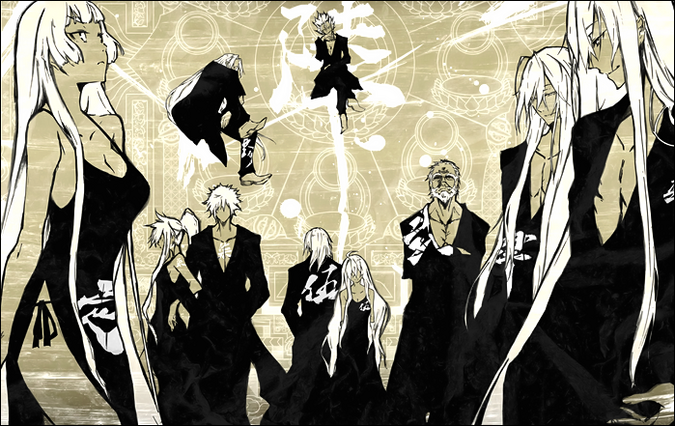 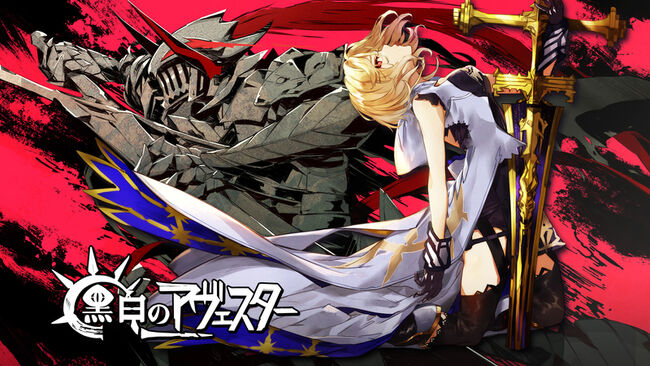 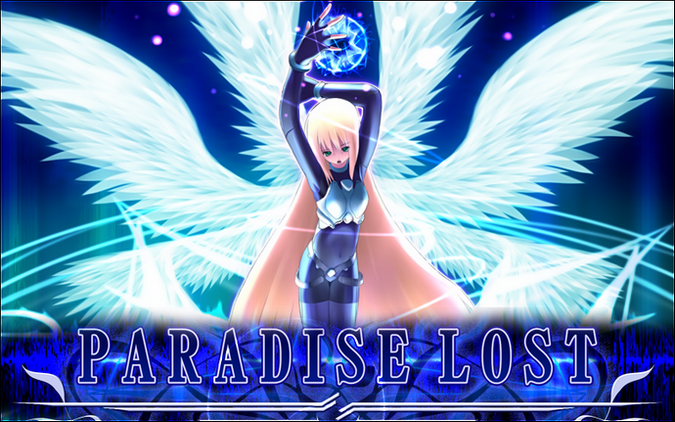 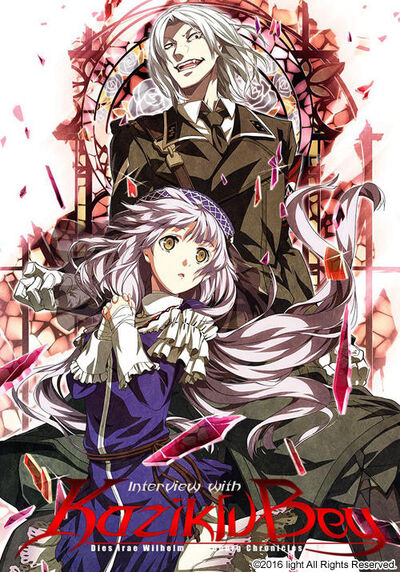 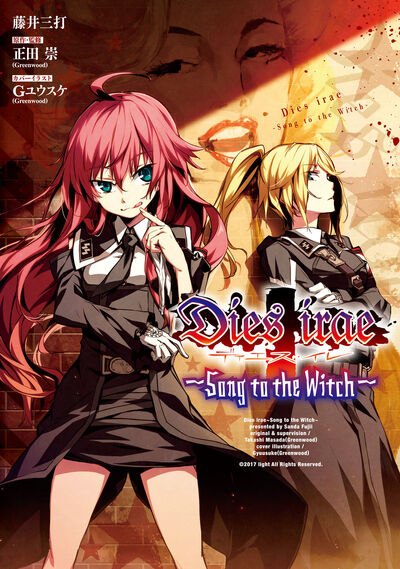 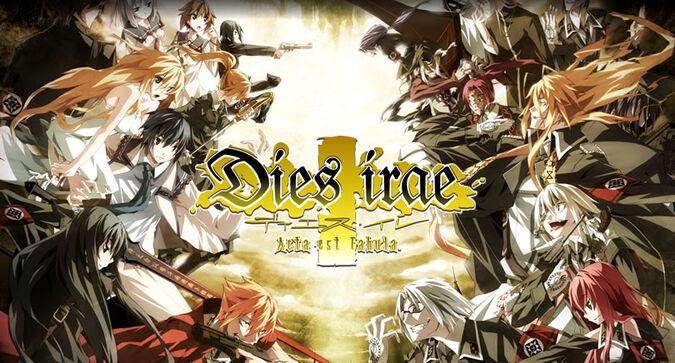 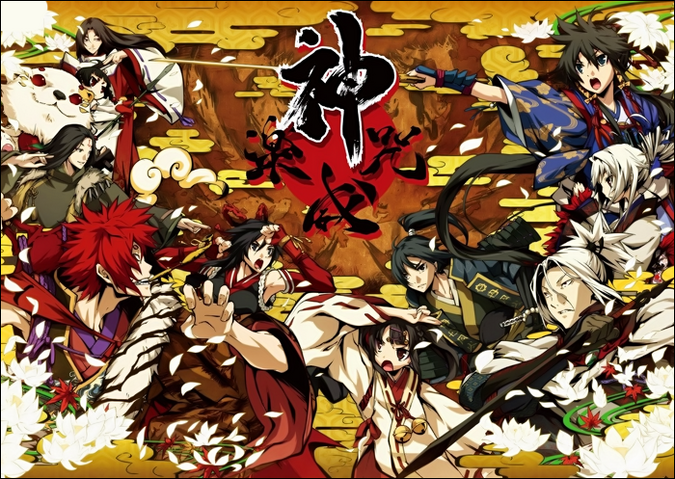 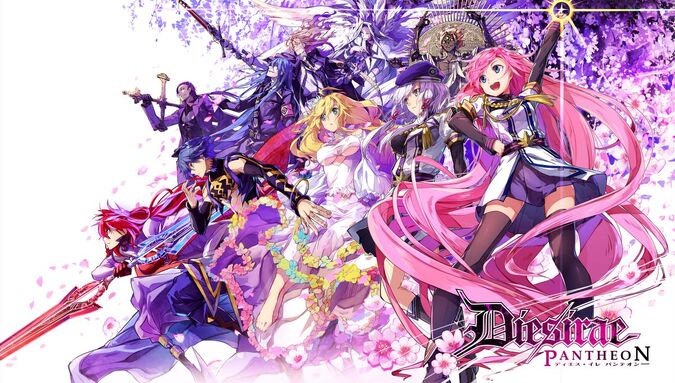 For detailed information about this series, visit the Shinza Bansho Wiki.

Shinza Banshou, also known as the Masadaverse and previously called Kami-Sama Series, is a series of visual novels written and done by Takashi Masada. There are a total of four main entries written by him: Paradise Lost, Dies Irae, Kajiri Kamui Kagura and Avesta of Black and White, with the additions of the spin-off Dies Irae-Interview with Kaziklu Bey and the currently unreleased Dies Irae: PANTHEON. The four main entries, plus "IKaBey" (a canon prequel to the main storyline of Dies Irae), Song to the Witch (another story that takes place after DI's prologue but before its main story) and the mobile game PANTHEON that takes place after Kajiri Kamui Kagura, follow the battle for the Throne across aeons.

Sodom was, in ancient times, a world power feared by all. However, everything changed with the Great War. As the Angels rebelled against Sodom, in the name of their creator, the days of yore came to an end.

Known as Isolated City right now, the law of the fittest is the only one worth considering. Lyle, the arch-known Deathscythe, finds the Angel Lilliel in the depths of District M. That moment, Lyle’s journey began.

As the Soviet Union marches on Berlin in May of 1945, a secretive group of sorcerers and madmen gathers to perform a terrible ritual. They care nothing for the fate of the Reich. To them, the countless lives lost in the battle are the perfect sacrifice to fuel their spell. After the war, they vanish and are not heard from again, except in rumor. One day, it is whispered, they will return. And on that day, the world will end. Fear the demons in human form. Fear the Longinus Dreizehn Orden.

Flash forward to present-day Japan on the eve of Christmas in the year 2006. Ren Fuji is released from the hospital after two months spent recovering from wounds suffered in a vicious brawl with his best friend Shirou. As Christmas approaches, he tries to rebuild his life, clinging to what brilliance remains. But even that is soon threatened. For the knights of the LDO have returned, and brought the apocalypse to his doorstep. Forced to wield the same unholy power as his foes, will Ren be able to protect what is dear to him from the inhuman might of the Longinus Dreizehn Orden?

The 1962 Cuban Missile Crisis was a declaration of war on the Longinus Dreizehn Orden!

The Longinus Dreizehn Orden stood in the way of the allied forces during World War II and left them with a sense of defeat, after which they disappeared without a trace...

But a certain man's testimony revealed the existence of this group to the world. The major powers of the world, considering them a serious threat, awaken a witch. One created in secrecy.

In the spotlight, the Longinus Dreizehn Orden's own witch, Rusalka Schwägelin, enters the stage. The battle between witches hurls the stage that is America into a chaotic tempest that defies human knowledge.

The truth about the 1962 Cuban Missile Crisis is revealed at last!

"My mother was my sister."

Brooklyn, New York - The man who sat across the interviewer at the vampire bar known as the "Borges House" began his story with those odd words. Following the end World War II, the pallid SS officer traversed the globe to many a raging battlefield, leaving carnage unforeseen in his wake. The vampire of the battlefield. The wandering Hakenkreuz. Though his saga was passed down as naught but a stale ghost story, it was no mere urban legend. For he was Wilhelm Ehrenburg - hunted in absolute secrecy by the UN as a remnant of the Third Reich, enemy of the world, and one of the infamous members of the demonic Longinus Dreizehn Orden.

And after over half a century, the time had finally come for him to depart for Japan in order to fulfill his most ardent desire. Humoring this interviewer he would have ignored or slain any other day was merely a whim birthed from the exaltation of the promised time drawing ever closer.

That was the only reason our intrepid interviewer found him in a talkative mood.

Thus, as he reflected on his life, Wilhelm grew nostalgic - sentimental, even - for the path he had walked. And when asked, he unveiled his past piece by piece.

From the accursed blood that poisoned his very soul, to the blight wrought by the works of Mercury. He spun a tale of the day he awakened to the truth of his being, and of the woman who had the nature of Wilhelm's existence engraved upon her very being.

"Don't you worry, I'm gonna tell you everything. From the first moment I met her, to the very end of our story."

In ancient Ashihara no Nakatsukuni, generals fought each other to gain the favor of the emperor. They attempted to invade the uncharted eastern lands, but suffered total defeat at the hands of demons more intelligent than humans. Three hundred years later, the land of the gods, Shinshuu, has locked itself away from all foreign countries, but an air of gloom begins to drift in from the east. They are forced to head east again to drive away the demons.

As a whole, Shinza Banshou is an extremely powerful franchise and some of the strongest visual novels.

In Paradise Lost, the strongest characters have feats such as dragging all of the continents into the Abyss, controlling the entire atmosphere and manipulating it at will, and creating and destroying a miniature star with power and density comparable to the actual one. However with Quintessence they are capable of affecting higher dimensions to the point where one character is capable of killing God. Their speed is also fairly impressive being Massively Hypersonic+ with Speed of Light Reactions.

With Dies Irae, the verse's power increases astronomically. Most characters reach from City level+ all the way to Mountain level (Being able to harm beings who can completely tank the Tsar Bomba, and superior to characters who can bust entire mountain ranges), with a single Continent level being and a Planet level entity. However, with the introduction of the Hadou Gods, their power skyrockets to Hyperverse level and above. In terms of speed, it's fairly impressive, with most of the cast boasting quadruple-digit Mach speed.

Kajiri Kamui Kagura increases their power even further, once again including several City level+ to Mountain level characters plus another single Planet level entity with Massively Hypersonic+ speed and even more Hyperversal entities (Including one infinitely beyond all the others).

In Avesta of Black and White, the strongest characters are capable of destroying stars and traveling at MFTL velocities.

However, where Shinza Banshou truly shines is their hax capabilities, with even low-tiers having some form of Reality Warping or Soul Manipulation, and others having abilities such as the trait of always being faster than one's opponents, regardless of whether or not they are beyond the concepts of speed, distance, time, or space, erasing the existence of their enemies with one punch as long as they have a history, attacks that never miss their targets no matter what, stopping time in a space where time does not exist (and is powerful enough to affect Hyperversal abilities), Causality Manipulation, Cutting through space and time, ignoring Resistances, Conceptual Manipulation, and many more.

Avesta of Black and White