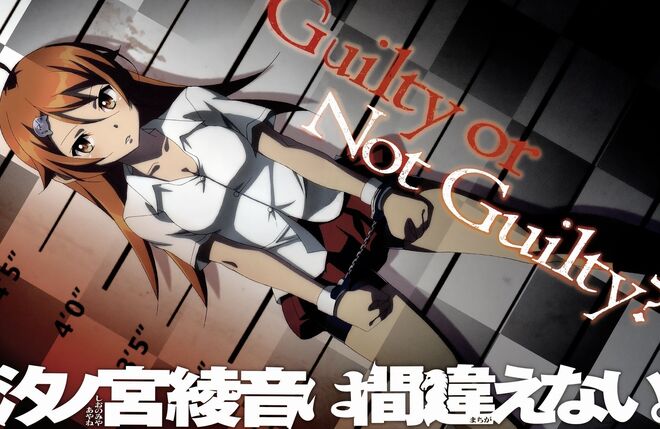 Shinomiya Ayane Never Makes An Error is a manga by Asagiri Kafuka.

The story follows Ayane Shinomiya, a teen Ghost user (Person with a supernatural ability who can switch powers with other Ghost users) who competes with her sister for their father's affection. Ayane believes that her sister Kurumi is superior to her in everything, but when her sister is attacked by a criminal Ghost user Ayane comes to her rescue and saves her despite having a very low Ghost score. However, despite getting a better Ghost out of the deal, things go awry when the kidnapper's boss turns out to be the strongest Ghost user in the world, Daymare, who needs one of the sisters for his plans. Daymare kidnaps Kurumi and forces Ayane to kill her father. Now on the run from the police, Ayane decides to keep getting stronger Ghosts so that she can eventually challenge Daymare and rescue her sister.

The verse has low power, with very specific and low destruction powers and human speeds. The only exception is the strongest Ghost user which is Multi-City Block level and dwarfs other Ghost in the raw power department. However, the user is a glass cannon.