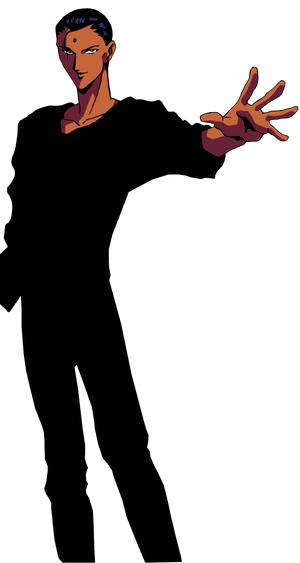 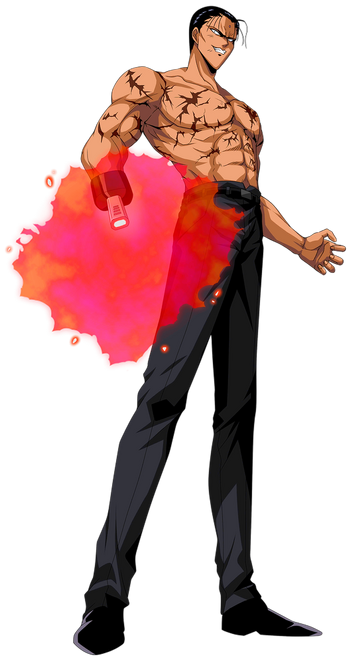 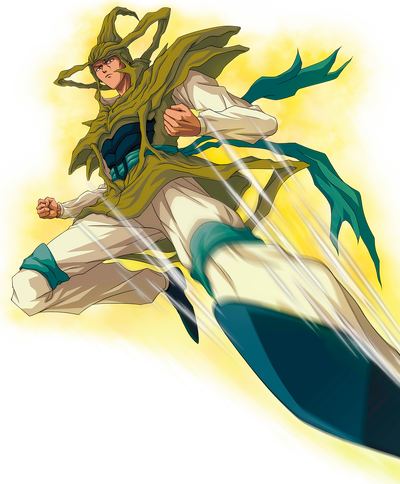 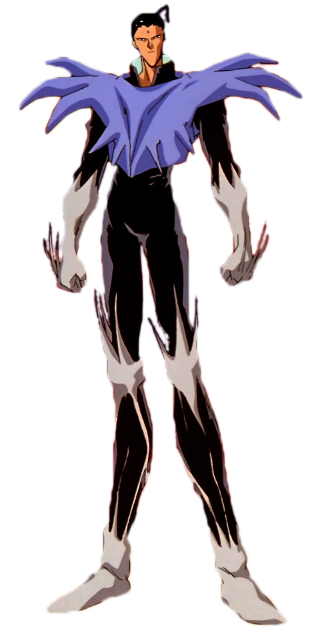 Shinobu Sensui also known as the Black Angel, was the primary antagonist of the Chapter Black Saga. He was a former Spirit Detective in his youth due to his prodigious talents and skills, while he originally thought that all demons were evil and the humans were good, his perspective completely changed after witnessing the acts of the Black Black Club.

Name: Shinobu Sensui (Minoru, Kazuya, and Naru are other names he's been called but Shinobu is his original name)

Gender: Male (His main and the rest of his personalities are male, except Naru who is female)

Powers and Abilities: Superhuman Physical Characteristics, Acrobatics, Flight, Ki Manipulation, Reiki Manipulation, Sacred Energy Manipulation, Air Manipulation, Earthquakes Generation, Multiple Personalities, Body Control (Kazuya personality can form a gun from his arm that shoots spirit energy), Master of the Reshuken martial art style (Apparently mastered all other martial arts as well, combined with sacred energy it forms the ultimate Reikōresshūken), Creation (Can create two types of armors for himself, a golden armor that focuses mainly on defense and a blue armor that focuses mainly on offense), Enhanced Senses and Extrasensory Perception (Noted that the power of Kurama, Hiei and Kuwabara has increased)

Attack Potency: At least Large Town level (Stalemated Yusuke's full power Reigan) | At least Large Town level (Doesn't focus on AoE attacks, but his energy bullets are powerful enough to hurt Yusuke, who can tank 100% Toguro's punches without damage) | Continent level (Is a human with low S-Class power, such power is considered a threat to destroy an entire country like Japan. Even with less than half of his power, he was able to trigger a highly destructive earthquake on a global scale; full power should exceed 2 Petatons of TNT) | At least Continent level, likely higher (Defeated three upper A Class at once without much effort and holding back, also traded punches with Yusuke) | At least Continent level, likely higher (Destroyed the Beheaded Hill, Kurama stated Sensui is still a bit stronger than Yusuke, even if this is ignored the fact that Yusuke couldn't control his new power, giving Hokushin's demon power who is a low S-Class, Sensui has at least a power level around 20,000)

Stamina: Very high (He really has not shown to tire, during his fight with Yusuke, while they were destroying their surroundings and running around, pacing back and forth, he was actually enjoying himself)

Standard Equipment: Gun Arm as Kazuya, can materialize defensive and offensive armours with his Sacred Energy.

Intelligence: Gifted (The mastermind of the Chapter Black plot which involved opening a portal to the demon world, manipulated the spirit world and human authorities, good leader, master martial artist, good combat strategist, and was able to predict Yusuke's movement in minutes within just fighting him)

Weaknesses: Suffers from a terminal illness with limited time left to live, otherwise nothing notable.