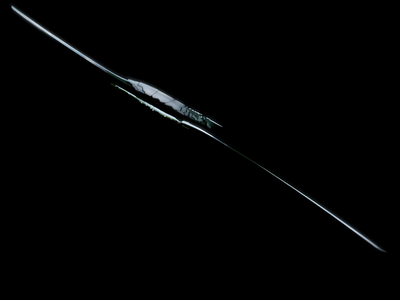 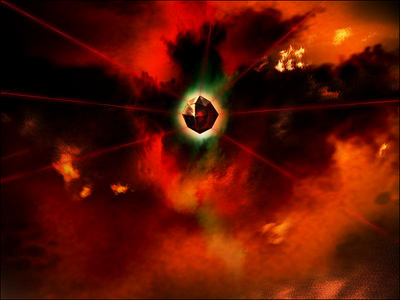 Powers and Abilities: Sealing, can cut through spatial boundaries, can kill Non-Corporeal or Immortal beings, users can make the power of any beings inside the blade their own (Including the Court of Azathoth), if someone uses it against them, it will get absorbed in return and become their power, but will still retain it regardless of what happened, can design/create/destroy universes and multiverses, can also connect and can draw every single power of every multiverse in existence and oblivion, exists outside the reach of all multiverses and creation, Omnipresent (Can be summoned at any points in time and space), can automactically send a distress call to the Elder Gods when it or the user detect any Outer Gods, the colliding of two Shining Trapezohedrons can give birth and death to infinite multiverses with infinite different characteristics and natures, laws, etc.

Attack Potency: Multiverse level+ (Turned infinite parallel universes into a barrier to seal the opponent, and can also be used to create and destroy new ones)

Speed: Omnipresent (Can be summon at any points in time and space)

Durability: Multiverse level+ (Can withstand the force of a clash with another Shining Trapezohedron)

Weaknesses: None in regards to the actual weapon, but the wielder puts great risk on their life wielding even one, much less two