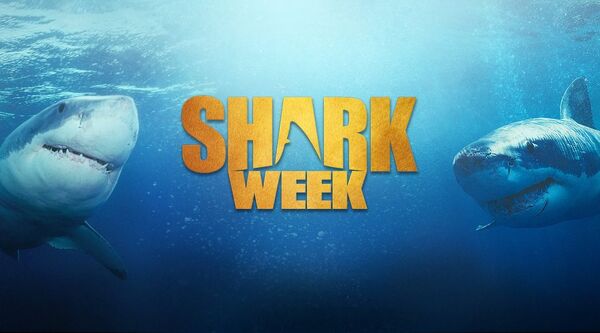 NOTE: This page is only covering the fictional portrayals of cryptid/urban legend sharks from mockumentaries/docufictions created for Shark Week, and does not cover any sharks from the real world.

Shark Week is a week-long annual TV program created by the Discovery Channel. This program was designed to educated the viewer on sharks and clear up misconceptions about these marine animals. This however, has changed in recent years due to the popularity of the docufiction, Megalodon: The Monster Shark Lives. This docufiction's sucsess prompted the Discovery Channel to create other fake-umentaries, including a sequel to Megalodon: The Monster Shark Lives, (Titled Megalodon: The New Evidence) and specials about urban legend/cryptid sharks, most notably Shark of Darkness: Wrath of Submarine which is about a sadistic giant Great White. Due to the multitude of docufictions, fans of the original Shark Week became quite furious and the new owner of Shark Week has decided that docufictions will no longer be produced for Shark Week.

Shark Week is a relatively weak verse, with the fictional sharks being "wall level" or slightly above that. None of the sharks have any hax or ranged attacks (Aside from an extended melee range via size), and all of the sharks generally have Superhuman Physical Characteristics, Enhanced Senses, and some type of Large Size. Other abilities some of the sharks have shown are Stealth Mastery, Adaptation (Not able to be used in battle), Natural Camouflage, and Longevity. None of these are extremely powerful abilities, which is why it again, isn't very strong within the multitude of fictional verses. The reason for this is likely due to most of these sharks supposedly existing in the "real world" (Though the these documentaries, more accurately referred to as docufictions, are 100% fiction).

Explanation for the Verse

Due to some of the shows/episodes being actual documentaries, this verse page will only include fictional sharks (Ex. Submarine and Rookin Phantom) and fictional portrayals of sharks that once existed (Ex. Megalodon from The Monster Shark Lives and its sequel, The New Evidence). For real-life sharks that actually exist or have gone extinct, check the page for The Real World.

Megalodon
Add a photo to this gallery
Other Sharks

Rookin Phantom
Add a photo to this gallery