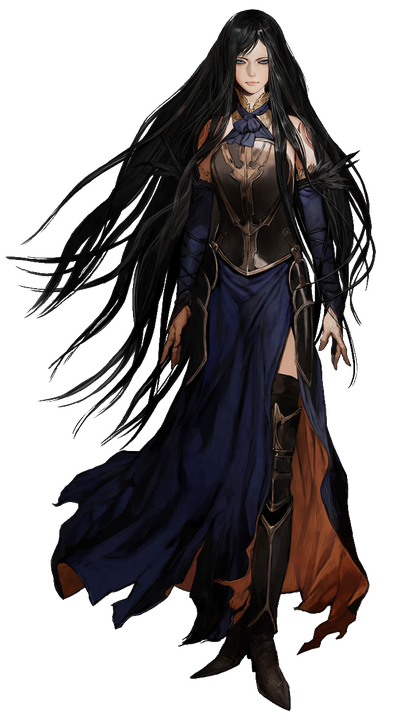 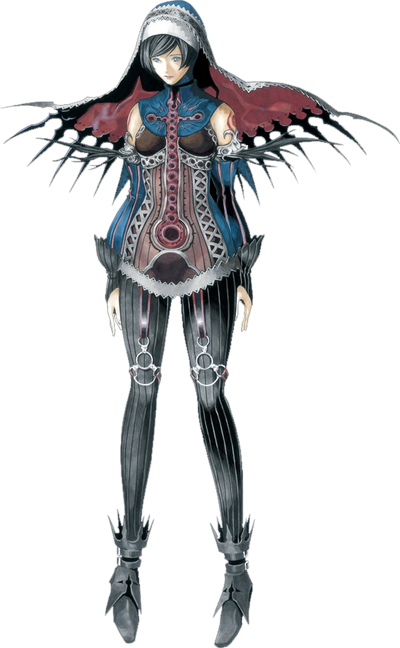 Shanoa is the heroine of Castlevania: Order of Ecclesia. She represents the Order of Ecclesia, the only group who seems up to the task of defeating Dracula in the Belmonts' absence. She is able to absorb Glyphs using the large rune on her back, which provides her with magical weapon abilities. Although she is often seen wielding an ethereal crimson-colored rapier, Shanoa can use any other weapons granted by her glyphs.

Shanoa was picked as a vessel for Dominus by Barlowe. Before the ritual was performed, she was assaulted by her receptive sibling and individual Ecclesia part, Albus. Since that time, she has lost her feelings and recollections. After arousing, Shanoa heard Barlowe's variant of the occasions and got the request to recover him and Dominus from Albus. She wanders upon the Wygol Village and goes over the different dungeons while rescuing the villagers, and supporting them through Quests.

Superhuman Physical Characteristics, Weapon Mastery and Magic, Glyph Creation, Self-Sustenance (Type 1: Can survive without oxygen), Statistics Amplification, Energy Manipulation, Elemental Manipulation (Of the Ice, Lightning, Fire, Wind and Earth varieties), Danmaku (Through Glyph Unions; Can make it rain arrows and summon meteors), Magnetism Manipulation (From Magnes which allows her to boost her self to locations through metal), Weather Manipulation (Can create a blizzard with her Grando glyph union), Homing Attack (Some of her Glyphs share this property), Weapon Creation (Glyphs allow her to create weapons), Creation (Can create blocks of stone), Light Manipulation, Holy Manipulation, Darkness Manipulation, Summoning, Glyph Absorption, Supernatural Luck, Power Nullification and Attack Reflection, Damage Boost, Intangibility and Phasing (Through Paries which allows her to phase through walls and Scutum union which makes her intangible for a short while), Immortality Negation (With Dominus, Types 3 and 7, capable of killing Dracula, however unable to sever his connection to Chaos), Regeneration Negation (With Dominus, at least Low High, possibly Mid-High, capable of successfully hurting Dracula, who can come back from a mass of blood and possibly being reduced to vapor), Can slow down time, Non-Physical Interaction and Soul Manipulation (Can hit and destroy Souls directly, can interact with intangible beings like Ghosts), Flight, Shapeshifting, Regeneration, Can inflict Poison, Petrification and Curses (Which can prevent the target to use their weapons, cast spells or use items, and rapidly drain magic)

Attack Potency: At least Multi-Solar System level, possibly Universe level+ (Defeated Death and a weakened Dracula, thought could only kill the later by sacrificing her life through Dominus)

Speed: Relativistic (Kept up with Death and a weakened Dracula)

Range: Standard melee range normally. Her spells range varies according to the glyph she is using.

Weaknesses: She needs mana to use her Glyphs, the Glyph Union she used to defeat Dracula in Order of Ecclesia will kill the user after casting it. 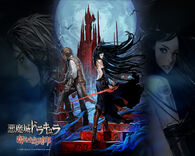 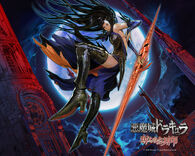 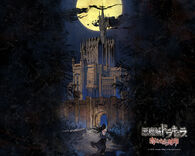 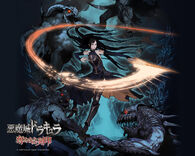 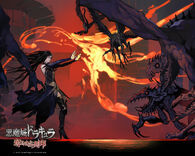 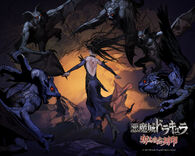