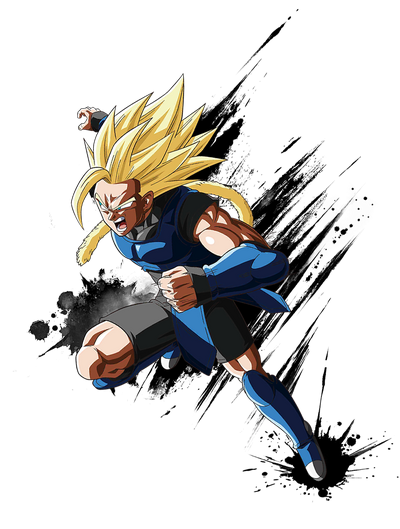 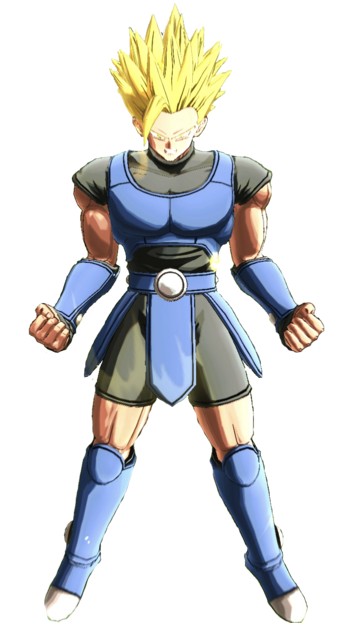 Shallot is the protagonist of Dragon Ball Legends. A mysterious Saiyan from the past who doesn't remember anything prior to travelling to the future, nor his reasons for travelling through time in the first place.

Attack Potency: Dwarf Star level (Initially fought and defeated numerous Toeiverse Saibamen with some difficulty. After training with Nappa and Vegeta, he was able to defeat them, including an amped Raditz) | Solar System level (Became a Super Saiyan and defeated an amped Toeiverse Final Form Frieza) | Multi-Solar System level (Became a Super Saiyan 2 and successfully defeated alongside his companions a Perfect Cell that was vastly more powerful than the ones of the main timelines) | Galaxy level+ (Effortlessly knocked back and overpowered Toeiverse Fat Buu as a Super Saiyan 3)

Stamina: Very high (Can fight for long periods of time without taking a break)

Weaknesses: As a Saiyan, he will be weakened and disoriented if his tail is grabbed or removed. Shallot is short-tempered, which can influence his judgment.

Note: Shallot feat of defeating an amped Frost should be considered an outlier.

Infinite (Sonic the Hedgehog) Infinite's Profile (Part 1 Shallot vs Infinite. Speed was equalized. Both start 100 meters from each other)