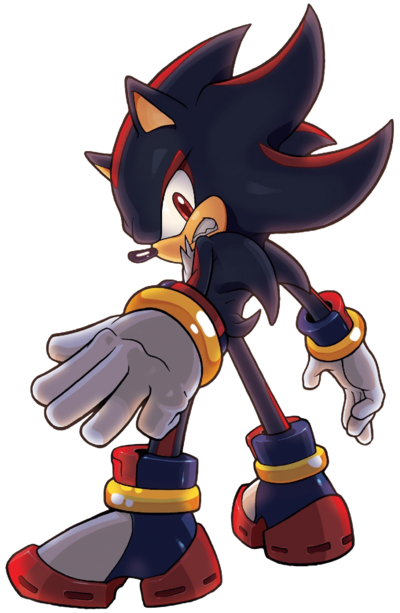 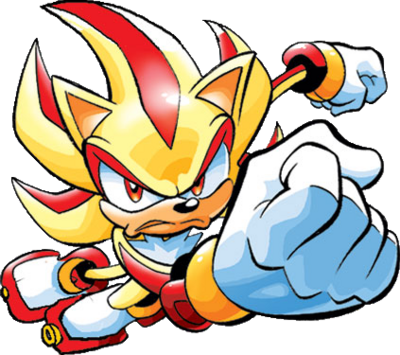 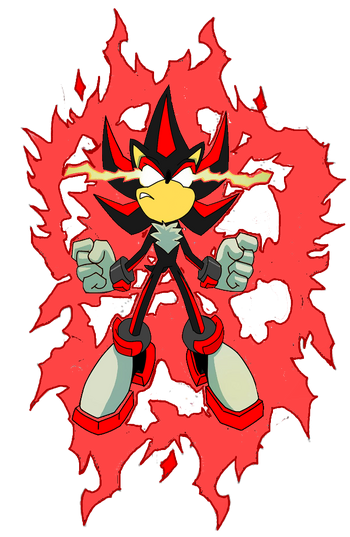 Shadow the Hedgehog is the result of Project Shadow, a project started by Gerald Robotnik with the intention of curing his granddaughter's disease and creating the Ultimate Lifeform. After the project was shut down by the government, Shadow was put into stasis for 50 years until being reawakened by Doctor Eggman so he could help him conquer the world. Shadow seeked to destroy the world for revenge on Maria's death during a raid on the Space Colony ARK but was convinced by Sonic and Rouge that would not be what Maria wanted. Shadow then helped Sonic save the Earth from the Finalhazard's collision and they became allies.

Same as before but on a far higher scale than previously

Speed: Massively FTL+ (Can keep up with Sonic) | Immeasurable (Faster than before. Capable of fighting Solaris, who can move into different time periods by movement alone) | Immeasurable (Kept up with Enerjak)

Intelligence: Gifted, skilled combatant and with his powers

Weaknesses: None notable | None | This form has a time limit

Silver the Hedgehog (Sonic the Hedgehog) Archie Silver's Profile (Both characters start in base, and can power up to their stronger forms at any time)