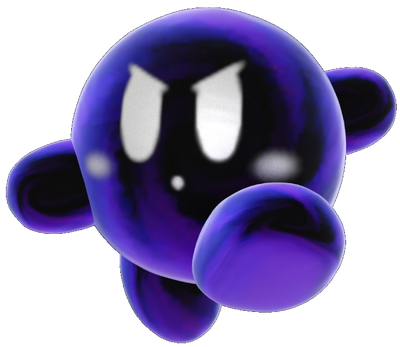 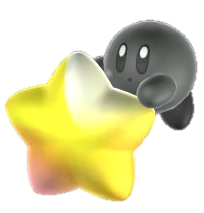 Shadow Kirby is the parallel version of Kirby that exists in the Mirror World, debuting in Kirby & The Amazing Mirror. He also appears in Kirby: Triple Deluxe as the final boss of the Kirby Fighters sub-game, and as an unlockable "palette" in Kirby Fighters Deluxe.

Superhuman Physical Characteristics, Self-Sustenance (Type 1), Has all of the abilities his counterpart from the main universe has excluding certain Final Weapons and Super Abilities but including his Ghost form and Warp Star), Regeneration (Low-Godly as Ghost Kirby. Recreates his body after absorbing life force). Limited Life-force Absorption, Teleportation, Intangibility, Immortality (Type 7), Self-Sustenance (Types 2 & 3) & Immunity to Death Manipulation as Ghost Kirby

Attack Potency: Multi-Solar System level (While he started off as a punching bag character, he became capable of fighting evenly with Kirby as the final boss of the Kirby Fighters sub-game), able to negate durability with various copy abilities or even base powers.

Lifting Strength: Likely Class Y (Equal to Kirby, who defeated and is vastly superior to Star Dream in its NOVA Form) 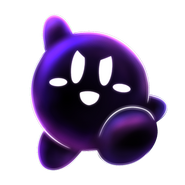