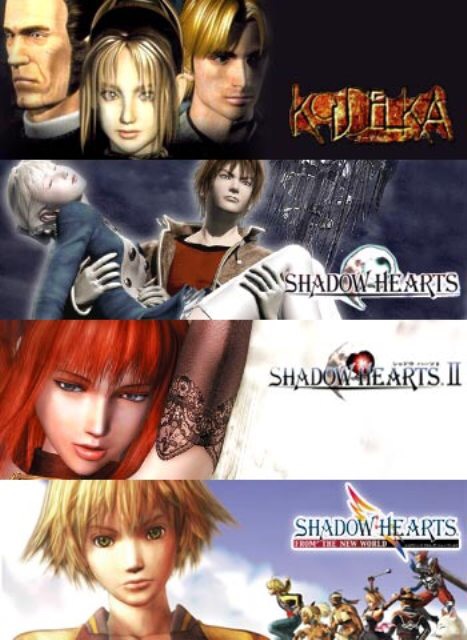 Shadow Hearts is a very powerful verse. Their top tiers range from Planet Level to Star Level. You have characters like Yuri who is a Harmonixer (basically he can fuse with monsters). He has fused with several gods and has considerable power. One fusion has the power to cause a worldwide earthquake by growling. Another fusion has the power to submerge the entire world in a torrential rainfall. At his second strongest fusion, he can obliterate a world with a stray thought. At his strongest who has a immaterial body and is the controller of life and death can destroy large cities by flexing and can kill nigh-universal gods with ease. Dehuai was going to use the Valorisation in order to destroy all of Japan, the Valorisation summoned Seraphic Radiance. Also bare in mind it was said many times that if Dehuai made even one mistake during the Valorisation he could have destroyed the Earth, obviously this implies that Seraphic Radiance would have destroyed the Earth. You also have characters like Kato who technically succeeded in destroying the world by undoing 100 years of time itself, Kurando fusing with Tsukiyomi the moon goddess that can manipulate the power of the moon, The Awaker and Lady both have the power to destroy the world and Shania fusing with Tatan'Ka can shake the entire planet and Tirawa who is the sun spirit.

There are gods like Yamaraja: Wind who can travel at the speed of light early in SH1, Soul Block who has speed of light attack speed and the final boss Meta-God who is the creator of Earth, can make a star go nova and can travel at 4,800,000 light-years who Yuri canonically defeat with his third strongest form Amon along with his party members.

Finally, there are the Three Ancient Tomes with reality warping potential, the Émigré Manuscript that has the power to manipulate time and undo death originally made by The Author a Druidic God from Koudelka and translated by Roger Bacon. You also have the Codex of R'lyeh that records the true nature of the Outer Gods and gives the reader knowledge of how to call out to such beings and the Pulse Tract that has the power to manipulate the elemental forces of nature and manifest the planet's life-force both written by Roger Bacon.

Shadow Hearts: From the New World