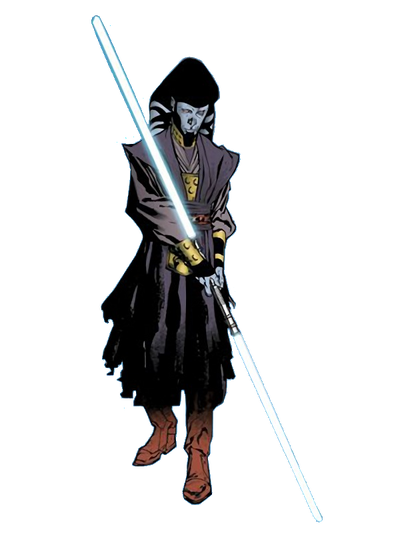 Intelligence: Gifted (A Jedi Master, Shado is highly skilled in lightsaber combat, known for his skill in both a single blade or with a less traditional double-bladed lightsaber. His exceptional skill allowed him to survive numerous battles against Sith, including notable Sith Lords such as Talon and Maladi, eventually leading him to be selected as a member of the elite strike team to disable Coruscant's planetary defenses prior to the Battle of Coruscant. He is even skilled to the point that he was hardly intimidated when threatened by an Imperial Knight, and even found it mildly humorous that they considered themselves more highly skilled in combat.)

Retrieved from "https://vsbattles.fandom.com/wiki/Shado_Vao?oldid=6372982"
Community content is available under CC-BY-SA unless otherwise noted.