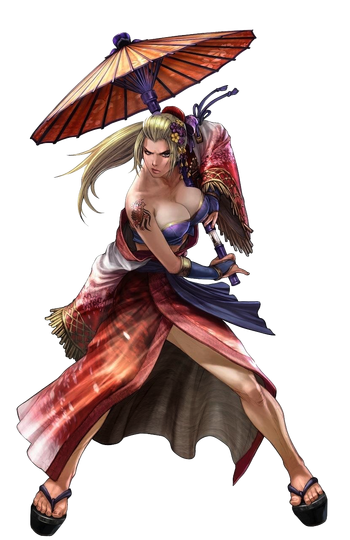 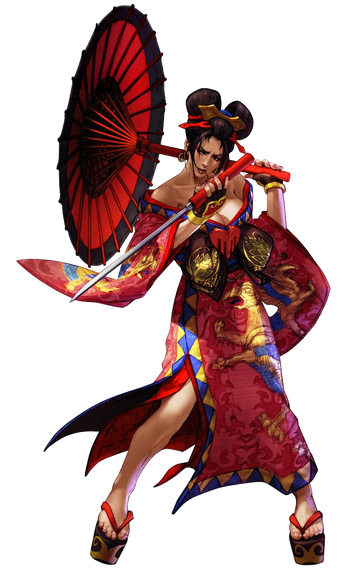 Setsuka is a character in the Soul series of fighting games. She is a wandering foreign swordswoman who seeks revenge against Mitsurugi for killing her master/adoptive father. She is currently hunting the Soul Edge to find the target of her vengeance, as she knows that he is searching for it as well.

Intelligence: Above Average (Setsuka is a highly skilled swordswoman who is able to fight evenly and with as much skill as Mitsurugi who has fought in countless battle and wars and stood out as the strongest and most skilled warrior of his time)

Note: Setsuka's stat amps require her to be equipped with a certain weapon. As such in a battle, the creator should specify what weapon Setsuka has in the battle.

Retrieved from "https://vsbattles.fandom.com/wiki/Setsuka?oldid=4680993"
Community content is available under CC-BY-SA unless otherwise noted.