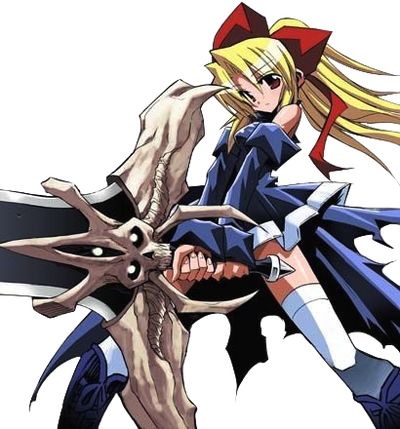 Lifting Strength: Class 5 | At least Class 5 (Should be stronger than Teruyama Momiji), Gravity Manipulation can decrease the weight of objects.

Stamina: Very high, able to keep up against the cunning Uten clon, who were stronger than the origina one, even after receive an explosion | Higher than before after the Eden's Seed power up.

Range: Extended melee range with her sword, tens of meters with Gravity Manipulation.

Standard Equipment: Her sword, the Holy Blade of the Reaper.

Weaknesses: When she use her gravity attacks, is open to any enemy attack.