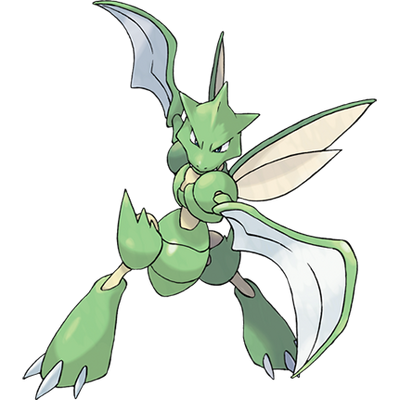 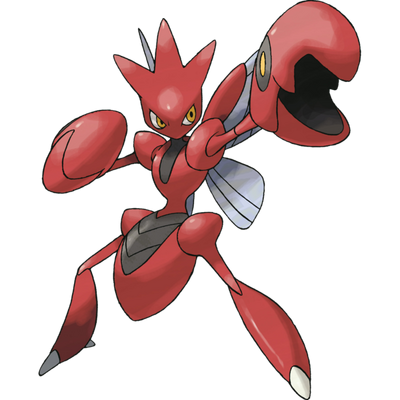 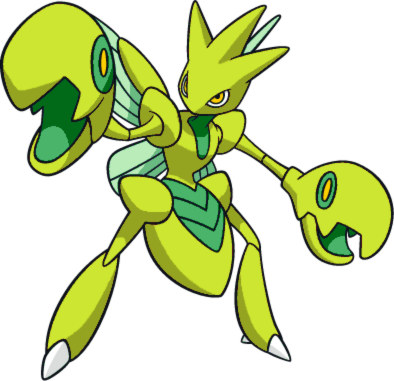 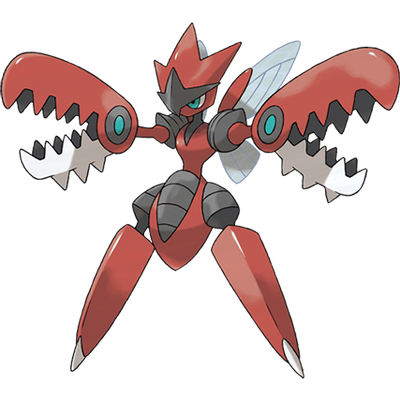 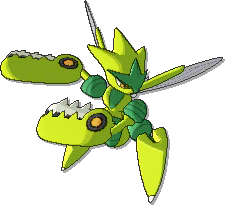 Scyther is a Bug/Flying type Pokémon introduced in Pokémon Red and Pokémon Blue. It can evolve into Scizor if traded while holding a Metal Coat.

Attack Potency: Large Town level (Via power-scaling to Magneton and Pidgeotto) | At least Mountain level+ (Comparable to Heracross, and is capable of Mega Evolution) | Large Mountain level (Stronger than Pure/Huge Power Pokémon and Marowak holding a Thick Club, should be comparable to other mega evolved Pokémon such as Mega Charizard)

Speed: Massively Hypersonic+ (Can dodge electric attacks from Elekid, Electrike, or Magnemite) | Relativistic (One of the faster Pokémon of this level) | At least Relativistic (Faster than before)

Stamina: High | High | Lower (It can't sustain battles for long periods due to the risk of overflow from excess energy)

Weaknesses: Rock, Fire, Flying, Electric and Ice-type attacks will deal massive damage to Scyther | Needs its wings to adjust its body temperature or else it will melt from excess heat. Highly vulnerable to Fire-based attacks | Cannot sustain a battle over long periods of time, otherwise its body will melt and it will be unable to lift its own pincers 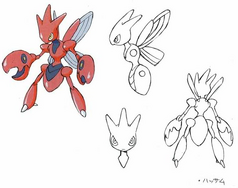 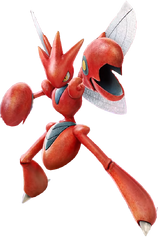 Monkey D. Luffy (One Piece) Luffy's Profile (7-A versions, both could use their High 7-A forms, speed equalized)