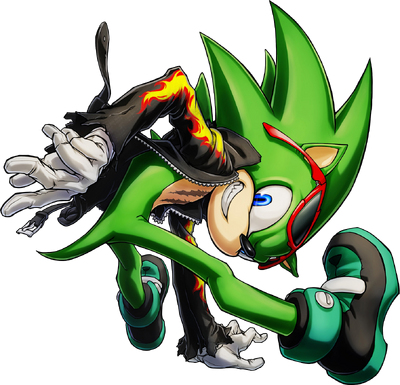 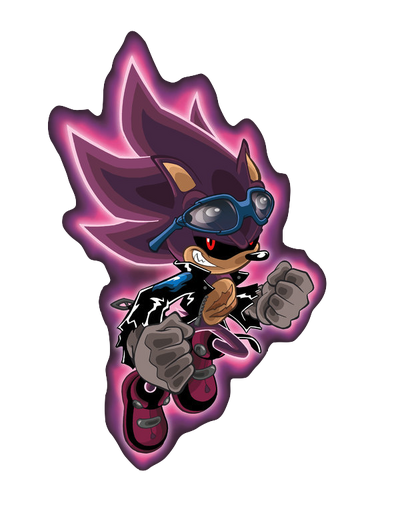 Scourge the Hedgehog (formerly known as Anti Sonic or Evil Sonic) was an evil version of Sonic the Hedgehog from Moebius. Unlike Sonic, Scourge mistreated others, was selfish and greedy, and had a great desire for power. Originally, Scourge, like all other alternate versions of Sonic Prime, looked identical to him, differing only in personality and attire. All this changed when Scourge, in a failed attempt to steal the Master Emerald with Rouge the Bat, sampled the Emerald's power and was permanently changed. Shortly thereafter, Scourge's methods changed as well: from small time hoodlum and mercenary to a villain determined to carve out his own path and completely distinguish himself from Sonic. For most of his criminal career, he led the Suppression Squad-previously known as the Anti Freedom Fighters-before becoming the leader of the Destructix.

Attack Potency: Universe level+ (Fought Shadow and Sonic, then easily took out all of his friends. Has stated himself to be superior to Al & Cal.) | Multiverse level+ (His Super Form should be comparable to Sonic's which fought Enerjak and annihilated a zone)

Stamina: Extremely high (Seems to be able to fight for hours without tiring) | Limitless