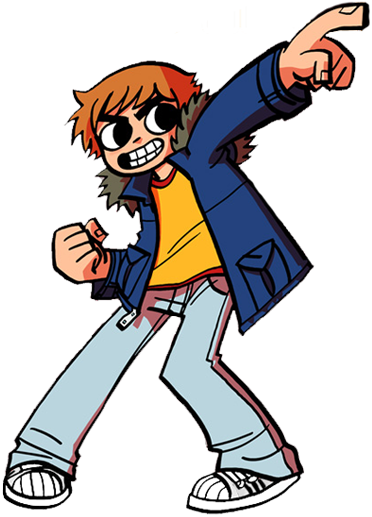 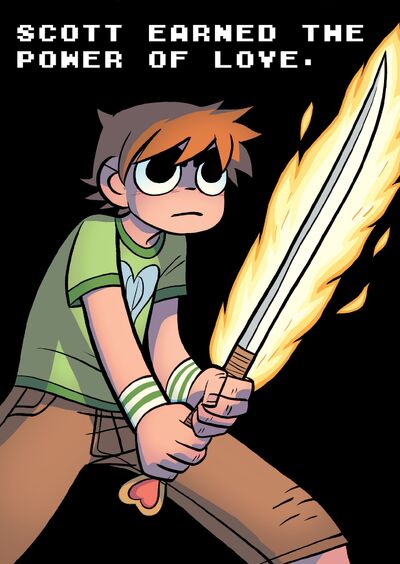 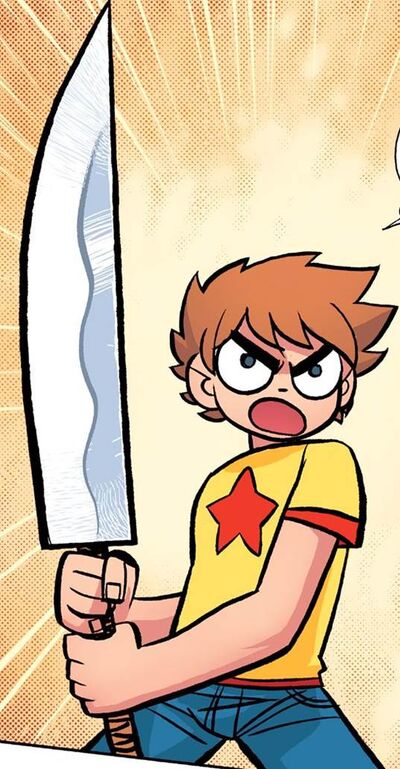 Lifting Strength: At least Superhuman (Can manhandle robots sent to kill him)

Durability: Wall level, likely Small Building level (Survived being thrown into Casa Loma, though he was knocked out, and being thrown through a brick wall. Withstood the destruction of Honest Ed's) | At least Wall level, likely Small Building level (Only recieved a cut from Roxie's sword), Higher with the Power of Understanding

Standard Equipment: Fireglo Rickenbacker 4003 Bass Guitar, The Power of Love, The Power of Understanding, and a One Up (allows him to be brought back from the dead once).

Intelligence: A video game and comic book nerd who is extremely skilled in swordsmanship and is an expert in hand-to-hand combat. He's considered the best fighter in the Province and has defeated numerous foes. However, he has his bouts of idiocy and has a tendency to ignore his own flaws.

Weaknesses: Sometimes dumb, lazy and stubborn and tends to ignore his own flaws rather than improve himself.