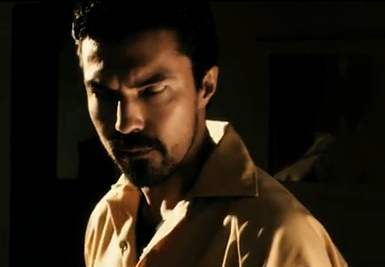 Hanzo Hasashi is the top assassin of the clan known as the Shirai Ryu. He was arrested after killing a man he thought was Sub-Zero, and was brought in by Jackson Briggs. Briggs tells Hazo about a tournament, created by Shang Tsung, and how Sub-Zero was, in fact, alive and had entered said tournament. Hanzo escapes his cuffs and goes to leave, Jackson asks Hanzo if he was listening. Hanzo says his name is Scorpion.

Attack Potency: Wall level (Was ordered to kill all of the kombatants, and was assumed that he could so. Comparable to other kombatants, like Baraka and Reptile)

Speed: Athletic Human (Comparable to other kombatants, is a skilled and quick assassin)