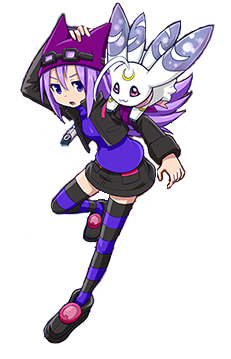 Gender: Female, her team is gender ambiguous or genderless however.

Can use healing items, Non-Physical Interaction, Enhanced Senses, Resistance to Mind Manipulation and Information Manipulation (Can resist the effects of Grimmon's Chrono DSR).

Attack Potency: Human level | Solar System level (Her party rivals Koh's team who has Ultimate level Digimon in it. Has Ultimate level Digimon of her own) | Large Building level (Defeated a Raremon, who is the weakest champion level Digimon, so weak that his offensive power is labled as "non-existent"; defeated several rookie level Digimon) | At least Island level (Commands 3 well trained Champion level Digimon) | At least Large Star level, possibly Multi-Solar System level (At this point Sayo has a team full of extremely powerful Ultimates who are close to becoming Megas. Can easily dispatch other Ultimate level Digimon and should be superior to your average Digitamamon) | Galaxy level (At this point should have multiple Mega Digimon. Due to these Digimon being very well trained, her Mega levels can easily fodderize the average Mega Digimon as by this point Mega Digimon begin to appear as random encounters) | Low Complex Multiverse level (Defeated Ophanimon and ExoGrimmon) | At least Low Complex Multiverse level, possible Complex Multiverse level (Far stronger than ExoGrimmon at this point. Can fight and defeat Chronomon. Defeated the Seven Great Demon Lords in her world) | High Complex Multiverse level (Stated to be comparable in strength to Takumi Aiba, who defeated members of the Royal Knights and defeated Yggdrasil Avatars)

Speed: Normal Human with FTL reactions (Can react to Ultimate level Digimon) | Massively Hypersonic+ (Comparable to Koh) | At least Massively Hypersonic+ with Relativistic reaction/combat speed Superior to other Champion level Digimon) | Relativistic+ with FTL combat speed (Far superior to the average Ultimate level Digimon. Should be able to fight and keep pace with the likes of Rapidmon) | FTL (Utilizes extremely well trained Mega Digimon. Her Digimon should be far faster than the likes of Rapidmon and Rinkmon. Two Digimon who can move extremely close to the speed of light) | Immeasurable (Kept pace and defeated ExoGrimmon) | Immeasurable | Immeasurable (Comparable to Takumi, who participated in the final battle against the Mother Eater, which took place in higher-dimensional space)

Standard Equipment: Digivice. MachGaogamon/MirageGaogamon/MirageGaogamon BM is decked out with lots of mechanical equipment such as claws, jet boosters, armor and his "Meteor Shackle"). Lotosmon comes equipped with her "Grand Hammer" and "Caduceus". Dianamon has a two sided Scythe and can make arrows from light.

Intelligence: Sayo is a great commander and tactician, as well as a platinum tamer, which you can only get by winning an extremely difficult battle against Imperialdramon Paladin Mode and his two allies.

Weaknesses: Sayo herself is a normal human and comes with all the weaknesses of one, and thus makes an easy target.

Note: The attacks, abilities, powers etc only apply to her Digimon, not herself. Links to their official profiles can be found by clicking the pictures below. 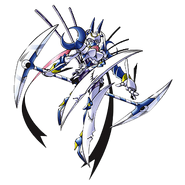 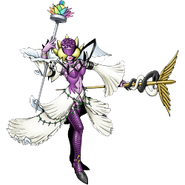 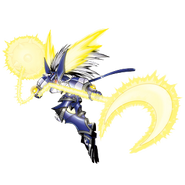 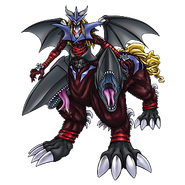 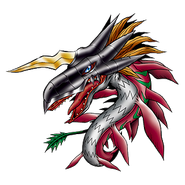 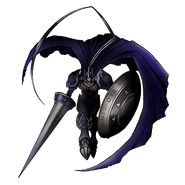 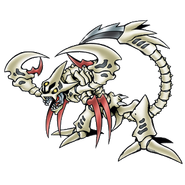 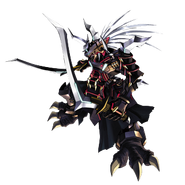 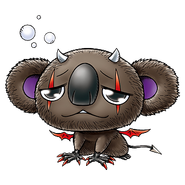 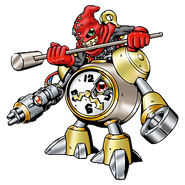 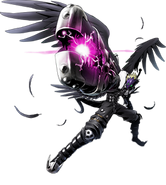 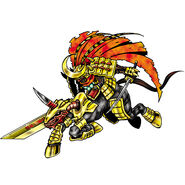 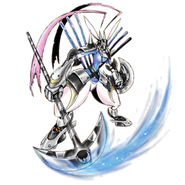 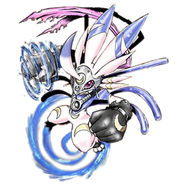 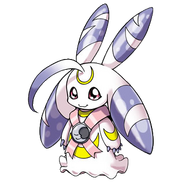 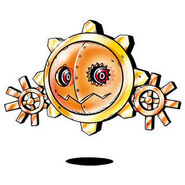 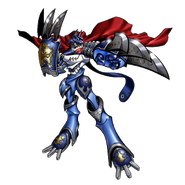 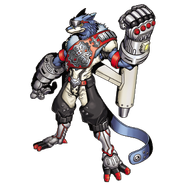 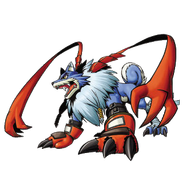 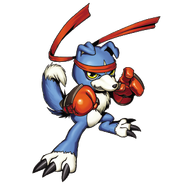 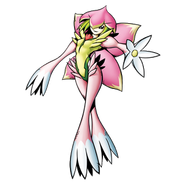 Lilamon
Add a photo to this gallery