VS Battles Wiki
Register
Don't have an account?
Sign In
Advertisement
in: Characters, Blood-C, Female Characters,
and 51 more 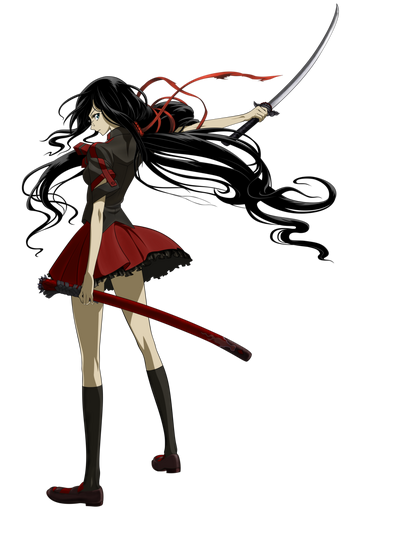 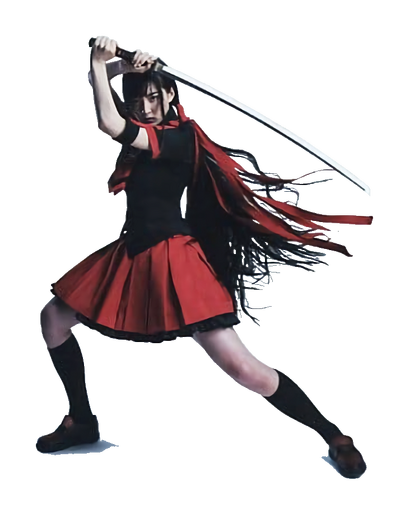 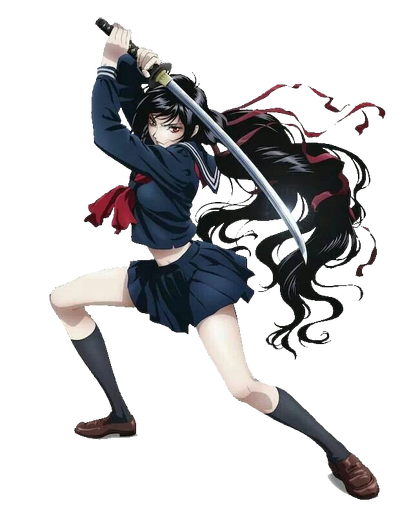 Kisaragi Saya (更衣 小夜, Kisaragi Saya) is the main heroine of the series Blood-C. She is unrelated to any previous entry in the Blood franchise aside from her first name, chosen weapon and abilities. Outwardly, Saya is an innocent and clumsy girl who acts as the shrine maiden at her father's shrine, going out at night to hunt Elder Bairns as part of a sworn duty. In reality, she is an Elder Bairn who was abandoned and raised by humans. Due to an oath she swore, she is unable to feed on humans herself, and the experiment was designed to see if her nature could be altered.[1]

Superhuman Physical Characteristics, Weapon and Blood Empowerment, Blood Infusion (Her blood controls other Old Ones of her kind), Regeneration (Low-Mid, Likely Mid; can survive having a large part of her head blown off[2]), Limb Regrowth, Enhanced Senses (can sense her kind), Supernatural Detection (can feel strong powers), Mutation Inducement (her blood can cause any human to transform into an Old One), Statistics Amplification (her red eyes seem to increase her physical abilities and increase her senses), Vampire Physiology, Immortality (Type 1, 2 & 3), Master Swordswoman, Telepathy (Possesses a telepathic connection to the Old Ones), Blood Consumption (can drain blood from others via her fangs and power boost from feeding on blood), Supernatural Blood, Eye Color Manipulation, Acrobatics, Pain Suppression, minor Resistance to Absorption

Attack Potency: Small Building level (Fought the Samurai Old One who can crack the ground[4], kicked the Spider Old One down a hall so hard that windows shatter just from the shockwave of it[5]), far higher with red eyes (Can one-shot Elder Bairns on numerous count, with the Samurai noting that she is much like her actual self with it[4]) | At least City Block level (Defeated Furukimono-Fumito[3])

Speed: Superhuman, Subsonic+ with red eyes (Sliced through a Skeleton Old One in an instant[6], dodged the Spider Old One before it realizes she jumped up[5]) | Hypersonic attack, combat speed and reactions (Blitzed Tadayoshi Kisaragi at this speed[2], sliced the giant Bunny Old Ones into minced meat[2])

Lifting Strength: At least Class 5+ (Broke off a stalagmite with slight strength[7], Briefly held back the Centipede Old One[8]) | At least Class 25 (Overpowered an Old One that is of this size despite being injured[3])

Durability: Small Building level (Blocked hits from the Samurai Old One, got slashed multiple times from the same Old One[4]), far higher with red eyes | At least City Block level (Endured an attack from Furukimono-Fumito[3])

Stamina: Superhuman; is able to take serious beatings during her fights and keep going strong as she has been cut, sliced, beaten, blown up, pushed through buildings, and has had half her head blown off with a pistol and yet none of those things have been able to kill her only slow her down

Range: Standard melee range, At least extended melee range with katana (Easily bisected one of the pillar guardians being this large[9])

Intelligence: In battle, Saya is capable of deducing an enemies weakness and fighting style such as with the Eye Elder Barin. She is a master of many forms of weapon and when her signature weapon is unavailable she is able to improvise with almost anything sturdy such as a mop handle. In the film The Last Dark, Saya practiced extreme caution around most of the other characters and cautiously refrained from consuming most food and drink which later proved justified.[3]

Standard Tactics: Saya uses her sword to fight with great mastery with her enhanced senses and should be familiar with many battlefield tactics given her long life and experience. She would also use stealth, diversions and weaknesses to exploit.

Weaknesses: Innocent, ditzy, clumsy, semi-gullible, semi-reckless, unaware of her true self, incredibly bad at saving lives and lets people be killed in the most gory way, falls into a state of trance after defeating an Old One where she has blood cravings before falling out of consciousness | None from before

Note: Not to be confused with her alternate universe counterparts Saya and Saya Otonashi. This one is part of CLAMP-verse.

The hybrids are the result of the mating of a Furukimono with a human being. So far only two hybrids have been seen in Blood-C:

Saya: The protagonist of the story owes her unique abilities (self-regeneration, superhuman strength, agility and speed) to carry in her veins both the blood of an Ancient (what gives her her power) and a human being (to whom she owes her appearance). While it is not something that has ever been 100% clear, it is very likely that her mother was the Furukimono and her father a simple human.

Tadayoshi: The first male hybrid seen in the entire BLOOD universe. It is unknown who of his parents was an Ancient (it could have been his mother or his father), but Fumito states in the last episode that in fact "he is equal to Saya", as Tadayoshi himself implies to the girl after.

The hybrids are, according to a statement by Fumito: "Beings with a human appearance, but with powers that surpass them". The only notable difference that would differentiate them is the fact that when they are born as a hybrid, they do not possess "special abilities" (throwing acid, flying, multiplying, etc.) as can be seen in other pure-bred Furukimonos. 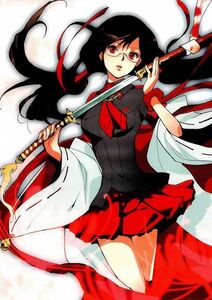 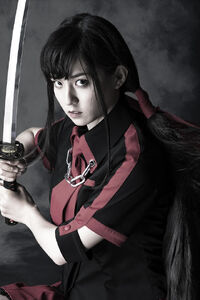 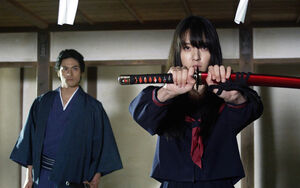 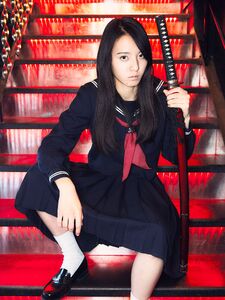