VS Battles Wiki
Register
Don't have an account?
Sign In
Advertisement
in: Characters, Lord of the Rings, Book Characters,
and 32 more 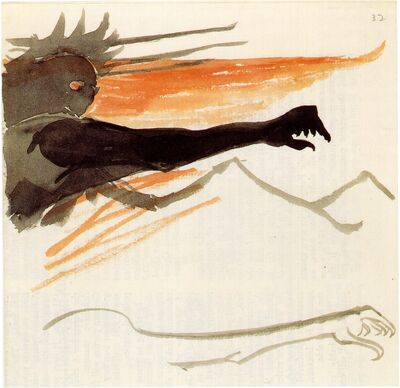 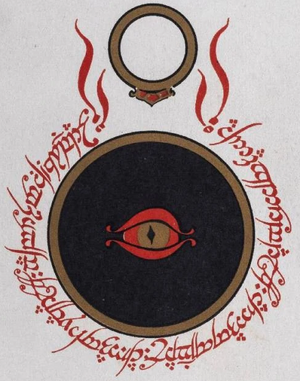 Sauron (or Þauron (Thauron); Quenya; IPA: [ˈsaʊron] or Vanyarin; IPA: [ˈθaʊron] - "The Abhorred"), the eponymous Lord of the Rings, was a fallen Maia, the creator of the One Ring, and the most trusted lieutenant of his master Melkor (Morgoth, the first Dark Lord). After Melkor's defeat in the First Age, Sauron became the second Dark Lord and strove to conquer Arda (Middle-earth), creating the Rings of Power for this purpose. In the Second Age, he was defeated in the War of the Last Alliance by the last line of defense: Elves and Men under kings Gil-galad and Elendil.

Name: Mairon (Means "the admirable", true name), Gorthaur (Means "dread abomination." Given by the Sindar), Sauron (A mockery of his true name which means "the abominable." The name given by the Noldor), Annatar (Meaning "The Lord of Gifts." A name he gave himself), the Necromancer

Age: As old as the universe itself.

Powers and Abilities: Superhuman Physical Characteristics, Flight, Regeneration (Low-Godly), Immortality (Types 1, 3 and 4), Shapeshifting, Size Alteration, Elemental Manipulation, Fire Manipulation, Metal Manipulation (Magically superior to the Witch-King), Poison and Fear Manipulation (Superior to the Nazgûl, having granted them all their powers) Necromancy, Illusion Creation, Transmutation, skilled blacksmith, craftsman and strategist, has control over the One Ring and its vast military, Precognition, Invulnerability (The Ainur are immune from harm via conventional weaponry, as seen when, upon unlocking more of his divine power, Gandalf became invulnerable), Resistance to Death Manipulation (In Lord of the Rings the land of the dead is a real tangible place, Mandos, and can be affected and exited. Ainur don't go there upon death, rather becoming spirits until the regenerate. The only way to keep them there is if they are physically brought there and held by physical might), Intangibility and Incorporeality (At the very least in Spirit form) | Intangibility and Incorporeality, Reality Warping, Conceptual Manipulation

Attack Potency: At least Country level, likely far higher (Described as the greatest of the named servants of Morgoth, logically making him superior to both Gothmog, and Ancalagon the Black. After forging the One Ring, his power was increased to an unknown degree) | High Universe level (The Maiar are essentially lesser Valar, having control over aspects of the universe, albeit to a lesser degree)

Speed: At least Supersonic+ to High Hypersonic, likely higher (Superior to the Balrogs) | Immeasurable (Existed in the Timeless Halls, a place that transcended linear time and is best likened to a higher temporal dimension)

Lifting Strength: At least Class E, likely far higher (Should be comparable to both Curumo and Olórin) | Immeasurable

Range: Extended melee range. Country level with weather manipulation. Country level/Continental with telepathy (Could use telepathy on Galadriel from across the continent) | High Universal

Intelligence: Extremely skilled craftsman and blacksmith, master of deceit, tricked the Eregion Elves into forging the rings of power, turned Numenor upon the Valar

Weaknesses: Prior to the Last Alliance, Sauron is not weakened if he does not wear the One Ring, however, following the Last Alliance he needs possession of the Ring to regain his power, and If his ring is destroyed, then he loses all the power he has left. However, this weakness is only valid for Second Age Sauron and onward | None notable