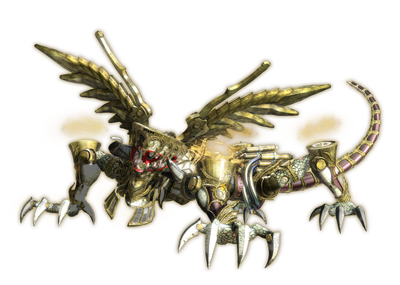 Sapientia, the General of Father Balder and Cardinal Virtue of Prudence and Controller of Seas, is the last Auditio seeking to recover the Left Eye of the World and revive Jubileus the Creator. Artists have often depicted Sapientia as a marine animal roaming the depths of the seas. This is likely due to the human disposition to characterize the sea as the source of all life, a veritable fountain of prudence and wisdom. It is also thought that Sapientia is responsible for the rise and fall of the tides, and natural phenomena such as tsunamis. The grand idea that the living seas could be nothing other than the Divine will at work is actually evidence of Sapientia's narcissism, even amongst Cardinal Virtues. When a man born as a slave led his people to freedom from ruling oppression, it is said that it was only Sapientia's favor that parted the seas and allowed for their escape.

Name: Sapientia, the Controller of Seas

Powers and Abilities: Superhuman Physical Characteristics, Immortality (Type 1), Portal Creation, Teleportation via portals, Can walk on water, Magic, Water Manipulation, Energy Projection, Fire Manipulation, Forcefield Creation, Light Manipulation, Flight, Non-Corporeal, Can fire missiles, Can travel between Paradiso, Purgatorio, and the Human World at will, Can become invisible and intangible to anything that isn't in Purgatorio or Paradiso

Attack Potency: At least Multi-Continent level (Comparable to Temperantia, On par with Bayonetta's Infernal Demon Hydra, Superior to any normal Angel, including Resplendence, which is the angelic equivalent of Insidious, Valiance, which can cleave a, Insicous in two with casual ease, Joy, which can transform into a near perfect copy of Bayonetta, and Gracious & Glorious, who can destroy the world with a small fraction of their power)

Speed: Massively Hypersonic+ (Far superior to the likes of the Angels of Paradiso)

Durability: At least Multi-Continent level (Can take hits from base 1st game Bayonetta and Hydra)

Range: Tens of meters by virtue of size. Tens of kilometers with water manipulation.