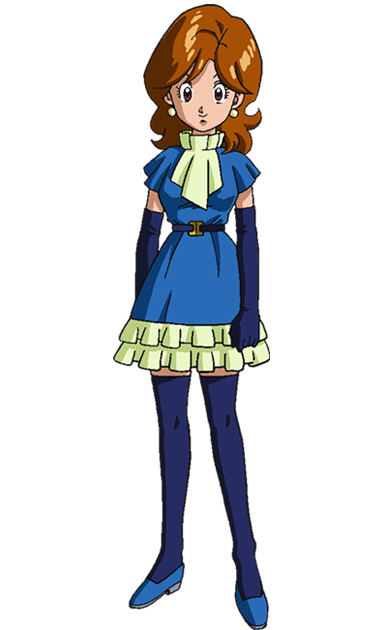 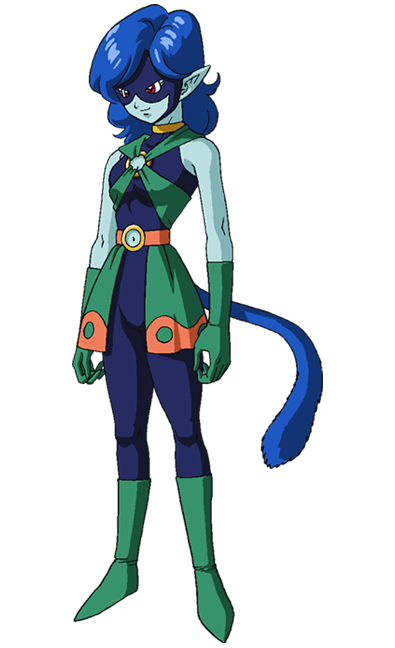 Sanka Ku (サンカ・クー Sanka Kū) is a warrior from Universe 2 and a member of the Kamikaze Fireballs. In her Magical Girl form, she becomes Magical Girl Kakunsa (カクンサ Kakunsa).

Sanka appears to be very easy going. Her poses involve her winking, and she made the V sign with her fingers when her universe was introduced. As Kakunsa, she is very aggressive and feral as seen when she viciously attacked Android 17, but she is still kind to her universe as seen when she hugged Vikal for saving her from falling out of the ring. She was enraged when Vikal was eliminated and vowed to avenge her.

She occasionally speaks in Kansaiben dialect.

Powers and Abilities: Superhuman Physical Characteristics, Acrobatics, Transformation, Ki Manipulation (Can be used defensively and offensively, to strengthen her skin or to fire ki blasts, which can home in on targets, and form defensive barriers), Martial Arts, Magic, Flight, Seduction Hypnosis (Light of Love)

Stamina: High (Regarded to have almost double the amount of stamina a normal warrior would)

Sanka's henshin sequence
Add a photo to this gallery