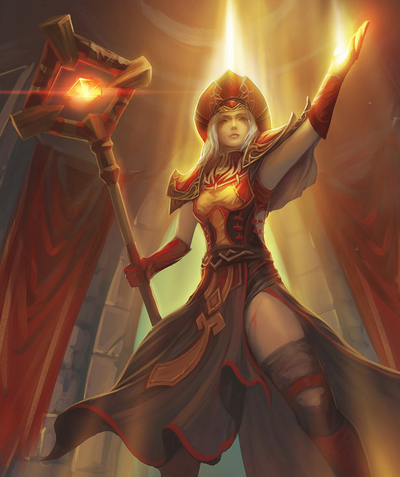 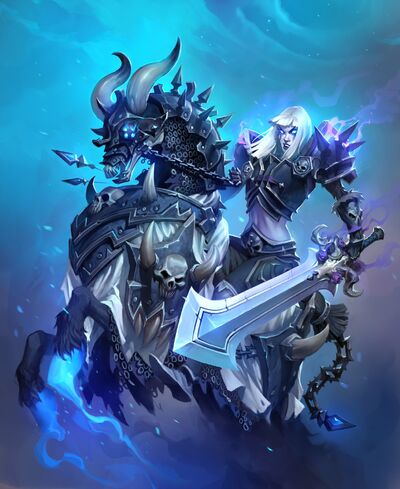 Sally Whitemane was a priest of the holy light who at a very young age was forced to destroy her parents and siblings after they succumbed to the plague and start rising as undead minions of the Scourge. Since that day she has devoted her life to eradicating every undead. Eventually becoming one of the leaders of the Scarlet Crusade. A fanatical religious organization with a goal of eliminating both the Scourge and the free willed undead led by Sylvanas Windrunner. During the third Burning Legion invasion of Azeroth, she was resurrected by the Knights of the Ebon Blade and made one of The Four Horsemen a group of elite Death Knights along side Darion Mograine, Thoras Trollbane and General Nazgrim. She and Sir Zeliek are the only Death Knights who can still use the Holy Light.

Attack Potency: Likely Small Building level (Able to harm large undead as well as being somewhat comparable to Renault Mograine) | Unknown a lot higher than before

Weaknesses: Although she can still use the light as a Death Knight she will feel pain if she gets healed by it.

Retrieved from "https://vsbattles.fandom.com/wiki/Sally_Whitemane?oldid=4123955"
Community content is available under CC-BY-SA unless otherwise noted.