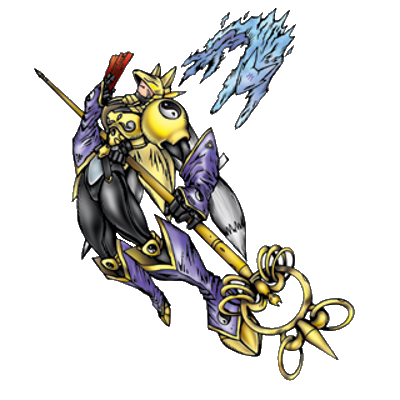 Sakuyamon is a Digimon that holds the role of a miko, acting as an agent of God's will. Like Taomon, it freely uses Onmyoudou techniques in battle, and has the ability to employ God Beast-species Digimon. It always carries four pipes on the belt around its waist, within which lurk four kuda-gitsune. It is able to use these kuda-gitsune for everything from attacking to gathering information. Just like Holy Angemon's Priest Mode, it is able to change into a Miko Mode which administers Shinto rituals. 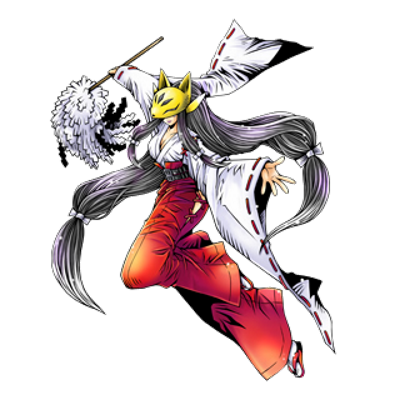 A form Sakuyamon takes when it performs Shinto rituals and listens to God's will. It seldom fights in Miko Mode, but has strengthened its ability to exorcise evil spirits. 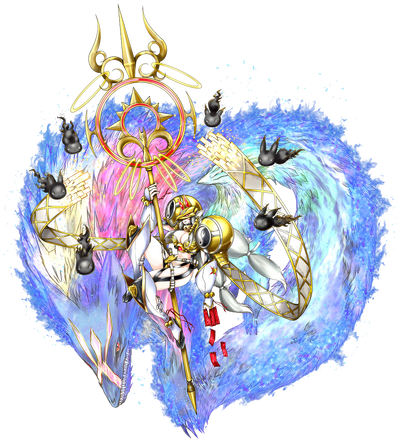 Beginning with necromancy and Onmyoudou, it has grown into a specialist who has mastered every secret art that has been passed down throughout the eastern Digital World. By attuning itself closely to the Digital World's nature, it is able to transform various object data such as flora and rocks into shikigami in the shape of flowers or foxes, and order them to do its bidding. It is skilled in using its kuda-gitsune and shikigami for reconnaissance and espionage; acting as a watchman of the darkness, it strikes at its foes from the dark using the information it has obtained. 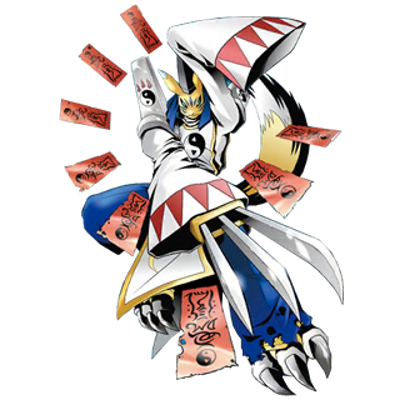 Versed in Onmyoudou, it is an onmyouji Digimon that freely uses every technique in battle. Its faculty with magic is particularly high, and attacks with talismans and spells are its forte. Also, it is a master of concealed weapons, and hides various weapons up its sleeves. It doesn't talk very much due to its extreme reticence, and it is a being that lives and lurks within the darkness. Also, it is able to turn its talismans into shikigami and command them. Its Signature Move is wreathing its talismans around the opponent's body, then detonating them (Kofūsatsu). 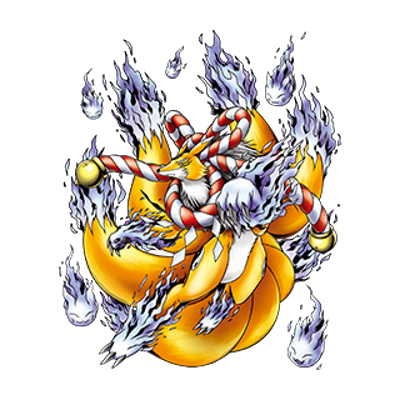 A Bewitching Beast Digimon in the shape of a giant fox with nine tails. Although it is feared as a bewitching beast that brings about destruction and ruin, in ancient times, it was revered as a messenger that appeared in times of peace. It is said that even among Renamon, only those with the most outstanding abilities and who have amassed the most experience can evolve into Kyubimon. While its attack power isn't actually high, it in turn specializes in magical techniques that utilize its tremendous spiritual strength. It is said to even be able to sprint across the sky with its four feet blazing with blue flames.. 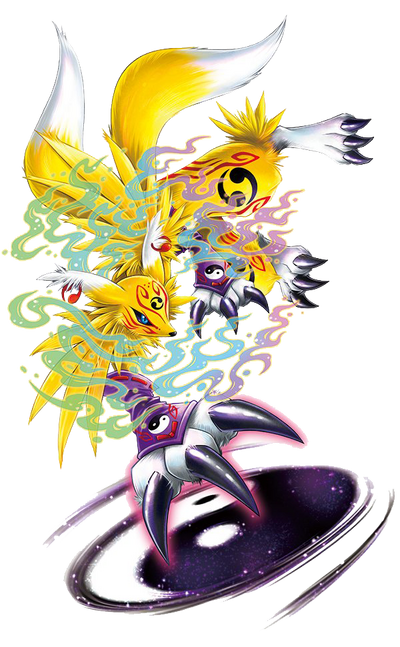 Cloaked in an overflowing, bewitching aura, this dignified onmyoji is well-versed in the dark arts. Its additional tail as well as the red markings surfacing all over its body symbolise its newfound strength. It controls the battlefield with its cunning techniques. 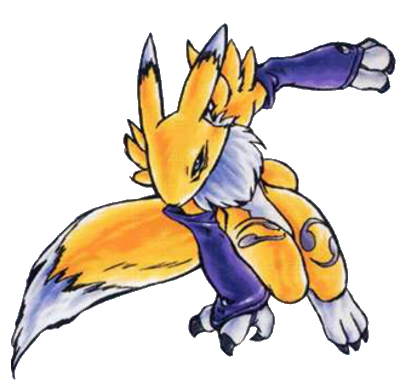 A Beast Man Digimon which has the appearance of a golden fox. Renamon is a Digimon whose relationship with humans is expressed bluntly, so depending on how it was raised during its time as a Baby, it is said that it can evolve to a Renamon of particularly high intelligence. As it is always calm, cool, and collected, it is practiced enough that it doesn't lose that composure in any situation. Its slender, tall appearance excels when compared with other Childs, and rather than Power Battling, it makes sport of the enemy with various arts that use its speed. 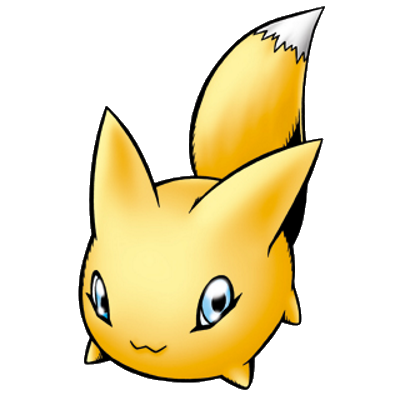 A nocturnal Baby Digimon that evolved from Relemon. Due to it only acting in the evening and on moonlit nights, it is said that its existence is close to an illusion. For that reason, it confers a kind of status among Tamers to raise a Pokomon. It will grow into an extremely heartening Digimon depending on how it was raised. It always acts to avoid public notice, and although it is difficult to capture Pokomon, who is swift and speedy despite its appearance, it will show up without thinking if you set out its favorite food of fried tofu. 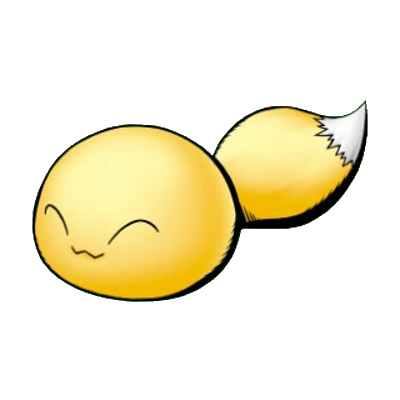 A mysterious Digimon that is said to only be born on moonlit nights. It is said that Relemon born specifically on the night of the full moon receive it's magical power, and as they grow, are able to use greater and more wondrous abilities than other Digimon. Because it is nocturnal, it seldom appears before people and has a shy personality. It is not able to attack, but it can transform into anything to defend itself, if it is close to the size of its body. However, it can still be found because it can never conceal its tail.

Gender: Genderless, but treated as Female

All X-Antibody form have a Resistance to Existence Erasure (Those with the X-Antibody can resist multiple levels of Program X/Particle Worm which is a mass erasure technique from Yggdrasil) and Power Nullification (Can resist the effects of Particle Worm in which also negates all the abilities of those effected) | Darkness Manipulation, Reality Warping, Illusion Creation, Soul Purification, Can banish Evil Spirits (As an Onmyoji) (Renamon X) | Necromancy (Sakuyamon X)

Intelligence: Extremely High, Each form is noted for being extremely intelligent as well as being tactical geniuses.

Note: For the Renamon owned by Rika Nonaka in Digimon Tamers, see here.