VS Battles Wiki
Register
Don't have an account?
Sign In
Advertisement
in: Characters, One Piece, Anime Characters,
and 37 more 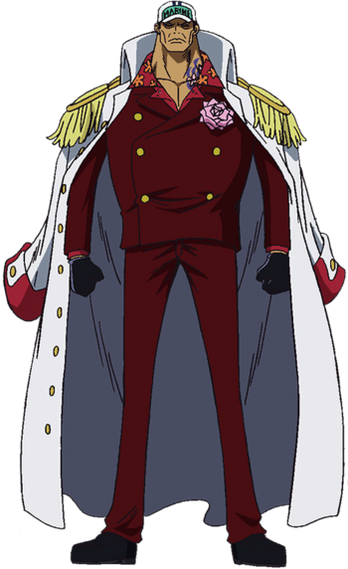 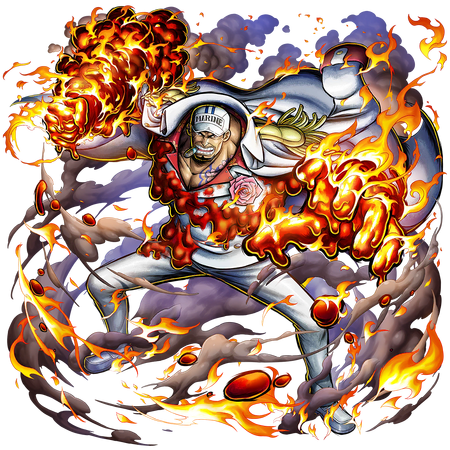 Real name Sakazuki, Akainu is a Fleet Admiral, the head of the Marine force of World Government. Akainu is apparently the most hard-line of the Marines, following the doctrine of Absolute Justice. During the destruction of Ohara, he destroyed an evacuee ship on the chance that one of their targets was aboard, saying that if one is to do a job it must be done properly. He has eaten the Magma-Magma Fruit (Magu Magu no Mi), a Logia Devil Fruit based around magma

During the two years that Luffy was training, he battled Aokiji for the rank of Fleet Admiral and won. He then moved the Marine HQ to the east coast of the Red Line to put more Marine presence in the New World.

Powers and Abilities: Superhuman Physical Characteristics, Master Hand-to-Hand Combatant, Enhanced Senses (Able to perceive underwater movements from afar), Social Influencing (He led bloodlusted Marines to their deaths and was able to trick Squardo into backstabbing Whitebeard), Haki (Advanced Armament and Advanced Observation Haki user), Magma Manipulation (via Magu Magu no Mi), Elemental Intangibility, Inorganic Physiology (Type 1. While he's turned into magma), Regeneration (Low-High, only in his logia form), Body Control (Capable of changing the size and shape of his logia-form to some degree), Limited Elemental Intangibility Negation and Non-Physical Interaction (Due to his magma being on a higher order than fire, he can consume and even burn up opposing flames, as well as neutralizes fire-based intangibility without the use of Haki), Durability Negation (He has been shown to repeatedly phase through the bodies of his adversaries, even those stronger than him, with ease due to the incredible heat of his magma), Heat Aura (Just by forming an attack, the heat coming off his body has been shown to vaporize steel weapons around him. With his power running for a ten day battle, it is powerful enough to permanently change the weather of one half of an island into a blazing inferno that embroils even the surrounding sea), Earth Manipulation (Created volcanoes in Punk Hazard), Pseudo Flight via propulsion, Underground Mobility (through melting the ground), High Resistance to Extreme Heat and Magma Manipulation (All Logias are resistant to their respective elements).

Attack Potency: Country level (Was feared by Blackbeard, even after having gained Whitebeard's powers. Clashed back and forth with a weakened Whitebeard. His Devil Fruit has been stated to have the Highest Offensive Power of all Devil Fruits. Defeated Aokiji after a duel that lasted 10 days), though his magma can bypass durability to an extent as it can vaporize flesh and bone upon contact (Burned a hole into Whitebeard's chest and later vaporized part of his head upon touching it).

Lifting Strength: Class T (Although he is physically weaker, he could hold back a two-handed swing of Whitebeard’s large naginata by using a single leg)

Stamina: Immense (Capable of withstanding attacks from Whitebeard that left him wounded and could continue fighting against all of the Whitebeard Commanders while maintaining the upper-hand. He was the last man standing in his one-on-one confrontation with Aokiji, which lasted for 10 days and left both severely wounded)

Standard Equipment: As an Admiral, he has a Den-Den Mushi (telephone) on his wrist which he uses to communicate with other marine and World Government forces or summon a Buster Call.

Intelligence: As the Fleet Admiral of the Marines, Sakazuki is an extremely accomplished fighter considering he's been a Marine Admiral for 20 years, with abundant experience battling in the marines. A very skilled mind manipulator.

Weaknesses: Standard Devil Fruit users weaknesses. His regeneration is limited to his logia body only (Similar to Kuzan)

Magu Magu no Mi (Magma-Magma Fruit): A Logia type Devil Fruit that allows the user to create, control, and transform into magma at will, turning the user into a Magma Human. The main strength of this Devil Fruit is that it allows Akainu to produce magma to attack his opponents and also allows him to avoid conventional attacks as they only disperse him in his elemental state. The intense heat can vaporize an iceberg instantly and boil the seawater that the magma lands in. With this power running for a ten-day battle, it was strong enough to change the weather of one half of an island into a blazing inferno. 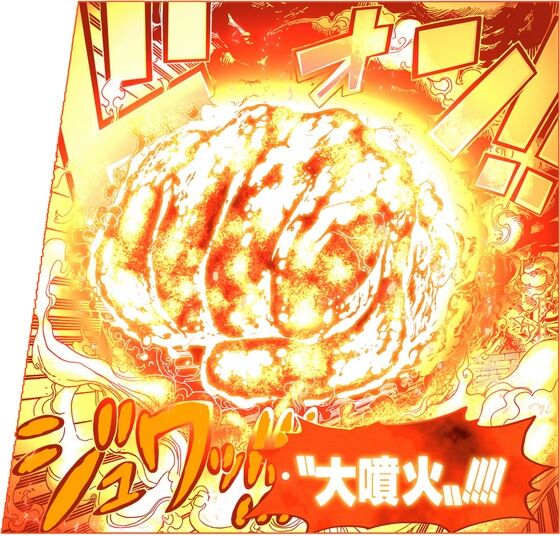 Sakazuki as a child