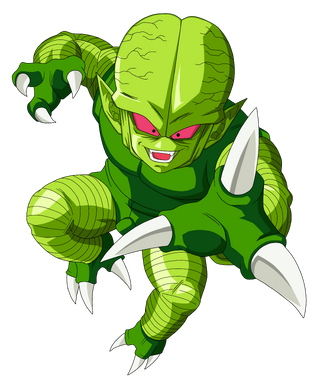 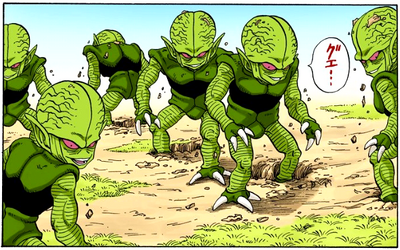 Saibamen (栽培マン), called Cultivars in the Viz translation of the manga, are green, humanoid creatures that grow from a planted seed placed in the ground. The seed is stored in a special liquid prior to its use.

Age: The ones Nappa planted lasted a few minutes

Powers and Abilities: Superhuman Physical Characteristics, Acrobatics, Skilled in Martial Arts, Flight, Ki Manipulation (Can be used defensively and offensively, to strengthen his skin or to fire ki blasts, which can home in on targets, and form defensive barriers), Can shoot very strong acid, The ability to self-destruct

Attack Potency: Moon level (Each Saibaman is said to be equal to Raditz)

Speed: Relativistic (Each Saibaman is said to be equal to Raditz)

Intelligence: Not very smart. They can be used and manipulated.

Weaknesses: The Saibamen are not too intelligent.

Raditz (Dragon Ball) Raditz's Profile (Raditz vs 1 Saibaman. Both were bloodlusted and started 10 feet away from each other. Raditz didn't have his Oozaru form)