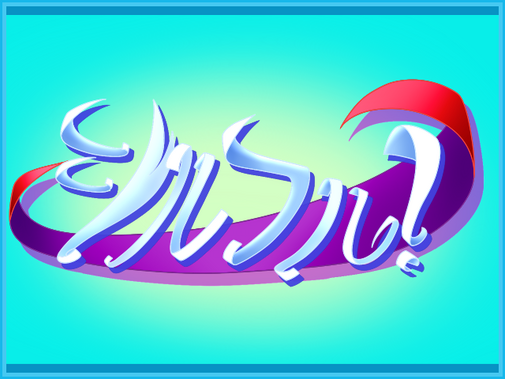 Otherwise known in Romaji as Sirufuru, SILVER! is a 2D Doujin fighting game by MuMu. The comics are also made by MuMu. This verse was made with the same Engine as Wonderful World (Verse). You can get the game, read the webnovels (Obsolete) or read the Webmanga taking place before or after the game HERE. There is also a hint that a Doujin RPG in the Webmanga era is in the works...

Everyday ... When the wind blew away the grass flutters, the car runs hastily on the road. Leave the guests to the train and go home on the sun if the sun goes down. Even though it came in the 22nd century, the car did not fly and I could not live in space, Finally it is hard to keep on energy issues, skirmishes between countries. How do you think human beings 100 years ago scarcely developed science? But people gradually changed. The beginning of the accident dates back to 50 years ago. Human beings and animals whose hair color has changed have been born. That phenomenon ran across the world in less than 10 years. What surprised the world was the power far removed as a human being. Because there was something born with you. Those who bring sand out of hand, Those who manipulate fire, Things that turn stones into gold. Originally it was raised to God's incarnation. Gradually increasing the number of things born with ability. It has become rare as well. They are coloring various hair and seeing from modern times. Used incredible power. Nothing unusual in their era, but a very ordinary human being. They have only a little special character. A story just saying that there is a picture in everyday life...

While the verse is average in stats, it has MANY kinds of Hax throughout all media. This is thanks to the lore of the verse explaining explaining this. Unlike a lot of verses, all media is also canon (Even the original Webmanga.). Such Hax can include Celestial Manipulation, Vibration Manipulation, Duplomancy, Thickness Manipulation, Gravity Manipulation, Reduced Aging, Tactile Manipulation, Immortality, Gold Creation & Manipulation, Metal Manipulation, Temperature Operation among many others. In recent memory, MuMu even wanted to learn English, & that is shown as he occasionally translates the new Webmanga's chapters on occasion. Problem is, it isn't in chronological order of translation, so many potential feats aren't translated yet. Nonetheless, a highly original franchise with great potential.

While the Game and Web manga are canon, the misc. Pictures aren't. Currently, the game hasn't been updated since 2016 (Primarily to focus on the Webmanga.), but another character in the verse has been hinted for the game since said year. Since then, no update on her has been confirmed. As proof of canonicity, The game takes place 2 years before the Webcomic (Kiri is 12 in the Game, but she's 14 in the Webmanga.), and there is a conversation that took place one year before the Webmanga. It's currently unknown when the conversation will be made, preluding the Webmanga. The Webmanga is part comedy, part action, part mystery, and part modern fantasy for those who are discerning with the Webcomic. There is also a webnovel within two perspectives, but while also Canon, is considered obsolete after developing The Fighting Game. They come in two perspectives; Rio's Story, which occurred one year before the Game, and Yuri's Story, which occurred around a month after.  The Old Webcomic is also Canon, but is obsolete as well. It takes place 1-2 years before the Fighting Game. 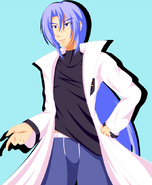 Karin Sirufu
Add a photo to this gallery 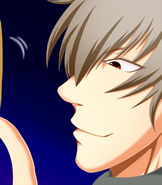 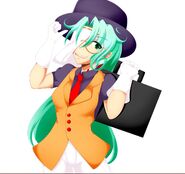 Sylkini
Add a photo to this gallery 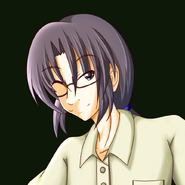 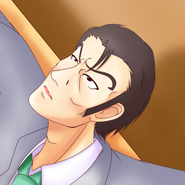 Yabe Ayumu
Add a photo to this gallery

Note: Kiri Sirufu also applies to this section, thus both mediums cross-scale in feats. Aki Sirufu, Yuri Sirufu, and Even Rio Sirufu are planned to appear in the webmanga when the opportunity arises