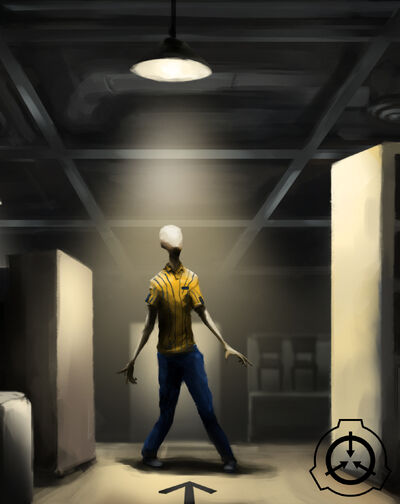 SCP-3008 is a large retail unit previously owned by and branded as IKEA, a popular furniture retail chain. A person entering SCP-3008 through the main entrance will find themselves sent to SCP-3008-1. This displacement will typically go unnoticed as no change will occur from the perspective of the victim; they will not realize until they try to return to the entrance.

SCP-3008-1 is a space resembling the inside of an IKEA furniture store, extending far beyond the limits of what could physically be contained in the dimensions of the retail unit. Current measurements indicate an area of at least 10 km sq. with no visible end detected in any direction. Inconclusive results from the use of laser rangefinders has led to the speculation that the space may be infinite.

SCP-3008-1 is inhabited by an unknown number of civilians trapped within prior to containment. Gathered data suggests they have formed a rudimentary civilization within SCP-3008-1, including the construction of settlements and fortifications for the purpose of defending against SCP-3008-2.

SCP-3008-2 are humanoid entities that exist within SCP-3008-1. While superficially resembling humans, they possess exaggerated and inconsistent bodily proportions, often described as being too short or too tall. They possess no facial features and in all observed cases wear a yellow shirt and blue trousers consistent with the IKEA employee uniform.

SCP-3008-1 has a rudimentary day-night cycle, determined by the overhead lighting within the space activating and deactivating at times consistent with the opening and closing times of the original retail store. During the "night" instances of SCP-3008-2 will become violent towards any other lifeforms within SCP-3008-1. During these bouts of violence they have been heard to vocalize phrases in English that are typically variations of "The store is now closed, please exit the building". Once "day" begins SCP-3008-2 instances immediately become passive and begin moving throughout SCP-3008-1 seemingly at random. They are unresponsive to questioning or other verbal cues in this state, though will react violently if attacked.

SCP-3008-1 is known to have one or more exits located within, though these exits do not appear to have a fixed position, making it difficult to leave SCP-3008-1 once inside. Using any other door besides the main entrance to enter the structure or breaking through the walls of the retail unit leads to the normal interior of the original store.

Age: Unknown. At least a few years, as one citizen had been trapped there that long

Population: At the very least 60+

Attack Potency: Human level, Street level with weapons (wield knives, fire axes, makeshift hatchets and makeshift crossbows) | At least Street level (could crush a watermelon in its hands and can beat humans to death. Groups of them can break through massive walls and destroy entire towns made of wooden tables, shelves and beds)

Industrial Capacity: Can create regular supplies of food, medicine and improvised weapons from resources found in an IKEA store

Military Prowess: At least 20 towns populated with armed citizens, along with an indefinite number of staff members.