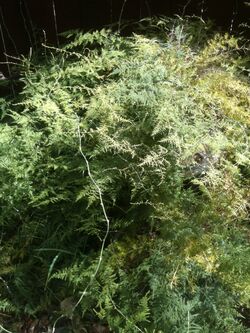 SCP-046 is a Euclid-class object under the SCP Foundation. It is a sentient, "predatory" botanical mass that lures in sick and injured prey, then proceeds to devour it.

Stamina: Virtually endless as long as it gets food

Range: Below Standard Melee Range, Tens of kilometers with diseases

Retrieved from "https://vsbattles.fandom.com/wiki/SCP-046?oldid=5104081"
Community content is available under CC-BY-SA unless otherwise noted.