VS Battles Wiki
Register
Don't have an account?
Sign In
Advertisement
in: Tier 2, Tier Low 2-C, Tier 1,
and 19 more 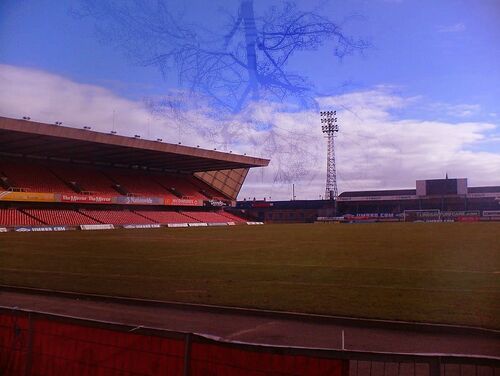 SCP-001 (S Andrew Swann's Proposal) is one of the many SCP-001 proposals. It describes a series of humanoid entities affecting all of known reality through their writings, forcing the world to fit a certain narrative. These entities are recognized as the writers of the SCP Foundation itself and their effects on the world has been a great cause of concern for the Foundation.

The Foundation has interacted with SCP-001 several times in various ways, resulting in several SCP classifications for separate interactions with SCP-001 entities. SCP-5500 refers to the phenomenon following the death of SCP-001 entities, often due to the S.W.A.N.N. Engine used to communicate with those hyperreal entities. SCP-5309 refers to the event of an SCP-001 entity rejecting the existence of the narrative, a possibility created through Operation WALLBREAKER, which intended for SCP personnel to enter hyperreality. SCP-5999 likely refers to a kill hazard created by the Foundation meant to kill SCP-001. SCP-3309 refers to a phenomenon in which badly written articles would cause both it and the anomaly it corresponds to getting erased by SCP-001, which the Foundation abused in order to erase troublesome anomalies.

While SCP-001 entities correspond to the writers, SCP-5500 indicates that SCP-001 instances are simply shadows of the true writers, created in order for metafictional scenarios to happen. While the Foundation can affect, interact with, and even kill those entities, the true authors remain out of reach and are unaffected by events affecting SCP-001.

Kardashev Level: Type VII (Exists on a higher level of energy even compared to the infinite dimensions that make up the layer beneath it)

Territory: Unknown | The Alpha Layer (The layer of reality above the Foundation one. While SCP-001 inhabits it and might individually have control over some areas of it, they do not control the entire layer)

Technology/Abilities: Superhuman Physical Characteristics, Reality Warping (Can affect and rewrite entire sections of reality), Causality Manipulation (Can make it so certain aspects of reality never existed), Void Manipulation (Can erase objects or events from existence), Plot Manipulation (Can control the story of the Foundation universe), Creation (Created the entire Foundation world), Text Manipulation, Data Manipulation, Memory Manipulation (Can erase memories of certain events), Higher-Dimensional Existence (They exist as humans existing in a higher reality), Fourth Wall Awareness | Same as before, plus Subjective Reality (All of the Foundation narrative depends on their perception. Even simply imagining certain aspects of reality causes it to match their vision), Transmutation (Can change a person's physical appearance should they choose to), Conceptual Manipulation (Type 1; Able to completely erase anomalies and anyone who worked on them from existence, to the point that people forgot that those working on the anomaly even existed, and reality reforms itself such that they never did), Mind Manipulation (Can alter someone's entire personality), Time Manipulation (Should possess similar abilities as The Overvoid Lurk, as the writers of the kind of story it embodies), possibly Immortality (Type 8. While they are not lower narrative entities, as they exist below the True Authors in the narrative stack and are created by them for the purpose of metafictional stories, they should possess a similar kind of immortality as them and thus always exist as long as the True Authors write about them) | Same as before sans Immortality

Attack Potency: Universe level+ (SCP-001 sees the entirety of the Foundation universe as fiction. Their interaction with it frequently changes reality and erases entire parts of history. It is theorized that the universe would no longer be able to exist without SCP-001) | High Outerverse level (SCP-001 as a whole exists on the Alpha Layer, a layer of reality above the Foundation's reality. Higher narrative beings can manipulate all of physical reality, including its dimensions, the same way a higher dimensional being can manipulate all of lower-dimensional reality through its own realm of higher energy. The Foundation's reality includes SCP-5800, the greater infosphere that contains a hierarchy of predatory ideas. Those ideas are the size of aleph numbers, with each idea absorbing other ideas in order to increase their size endlessly. SCP-001 transcends the entirety of this hierarchy, seeing it as merely a part of the narrative they have created) | At least High Outerverse level, (The True Authors exist beyond even the SCP-001 entities of the Alpha Layer, as they are completely unaffected by Bright using the S.W.A.N.N. Engine to murder SCP-001 entities, as well as likely having created the entire Alpha Layer in the first place), possibly Boundless (The True Authors represent a truer form of the writers of the SCP Foundation, being unaffected even by articles detailing pataphysical interactions with SCP-001. While the relations with the True Authors and the higher narrative levels existing above basic SCP-001 entities has not been directly confirmed, due to the fact that the True Authors having created pataphysical interactions with SCP-001 and them being unaffected by entities affecting higher levels of the narrative stack like SCP-3812, it is likely that they have created the entire pataphysical model of reality, transcending the infinite layers of authors writing fiction)

Speed: Unknown | Irrelevant (The Alpha Layer exists above all dimensions of space and time of the lower layers) | Irrelevant (Should be superior to basic SCP-001 entities)

Power Source: Unknown | Likely uses the same power sources as normal humans, except on a far higher level of reality

Weaknesses: None notable | Certain universes without pataphysics exist, lessening SCP-001's effects on them (Although these are likely still created by SCP-001). Individual SCP-001 entities have limited control over the entire Foundation narrative, as said narrative is the product of the entire community of SCP-001. Thus the control a single entity has over the lower narrative tends to be limited to only their own headcanon space.