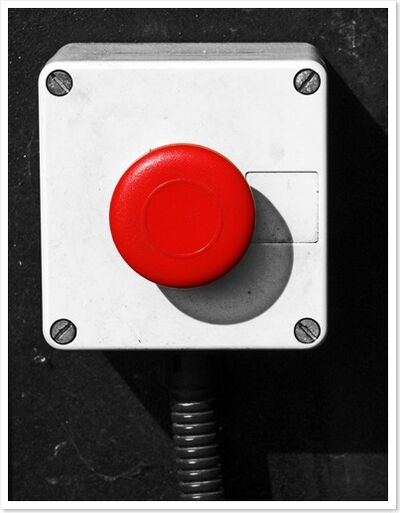 SCP-001-J is a self-destruct mechanism that Foundation scientists believe is powerful enough to destroy reality itself, consisting of a circular red button set into a metal case. It looks like candy.

The mechanism by which SCP-001-J operates is not fully understood but it would be awesome to find out.

SCP-001-J induces a mild psychic compulsion upon all beings who see it or hear it described to try to push it. You know you want to!

Attack Potency: Likely Universe level+ (Will destroy all of reality if pressed, though it has never been used.)

Speed: Immobile (Is a button)

Durability: Below Average level (It is a button)

Weaknesses: Can't cause destruction unless opened/pressed