VS Battles Wiki
Register
Don't have an account?
Sign In
in: Wonderful World, Characters, Male Characters,
and 14 more 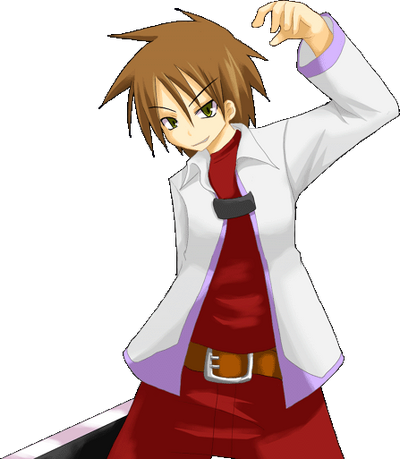 Ryuza is a playable character in Wonderful World. As the Headmaster of the Knights of the countryside town Eimeru, stationed in-between Imperial City Ainefir, & Metropolitan Rakleia deep in the mountainside, he was caught in the Makai at an early age, thus his Magic is cloudy. He is trusted by close friends in case an emergency occurs. His "fun" in battle is never realized to be because of the Makai's Madness. He is usually seen as a bad leader to others. Ryuza doesn't want Lemius and Corona to be put out in a dangerous mission. Ryuza's parents died when he was 12, since then, he became a knight to protect his Sister, Lemius.

Powers and Abilities: Superhuman Physical Characteristics, Black Fire Magic, Magic Disabling, Expert Swordsmanship, High intellect in Magic Research (Has travelled around the world to research many forms of magic; even meeting those with their own abilities from the get go.)

Intelligence: Above average, can be a good leader when needed. Absolutely ridiculous with his magic research, was apparently stated by Cielo to be a good teacher, and wanted to play with him again someday, despite his childhood making him seem crazy, he has much since gotten over that.

Weaknesses: Lazy and sluggish, thus hates his office job, as a Headmaster of an Order of Knights, is stated to be inferior to even Rescana Almadia, who is the Headmaster of the Order of Lekseim.

Feats: Ryuza is an expert swordsman, always prepared against the rest of the verse, as the World itself is essentially a planet sized source of magic. Throughout his career as a Knight, he has traveled around the world to research magic; while also going into combat. He swatted even complicated forms of magic from the members of the Laboratory that doesn't belong in any nation.

In recent versions of Wonderful World, Each of Ryuza's Skill has a Hiragana based Furigana that has the exact same Romaji spelling, but requires Both the Kanji & Furigana to make some kind of translation. This is still a WIP because of this.